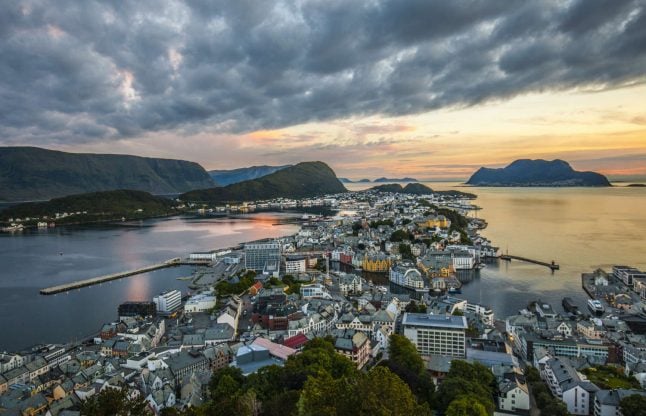 The view from Fjellstua on Aksla attracts thousands of toursists daily during the summer months. File photo: Halvard Alvik/NTB scanpix

Thirteen buses at one point caused a jam on on the small access road to the viewpoint, which is situated at the top of the Aksla mountain.

Police were required to assist on Wednesday afternoon after being informed that no vehicles could get in or out of the area, NRK reports.

“A few too many buses came at the same time, so we didn’t managed to stop the first one and it then got crowded. I think I counted 12-13 buses at one time and that’s a lot,” Jan Honningdal, a driver with sightseeing service Bygtoget, told NRK.

Earlier this summer, 12,000 tourists were reported to have visited the Ålesund attraction in a single day.

Local traffic director Stig Arild Roald praised police and drivers for dissolving the blockage but called for measures to prevent a repeat of the traffic chaos.

“It was chaotic up here today. There were far too many buses and too many private cars. The bus trips must be spread out better so that not so many buses are sent up at the same time,” he said.

Tom Anker Skrede, head of tourism with Visit Ålesund, told NRK that he regretted the waiting times experienced by tourists on Wednesday.

“There was an error in relation to traffic direction today. To many buses came up the mountain before others left. Once that happens it is difficult to clear things up again. I don’t think this is necessarily a bg problem, but it is naturally regrettable that people had to wait,” he said.

READ ALSO: Ålesund in summer: Top 10 things to do