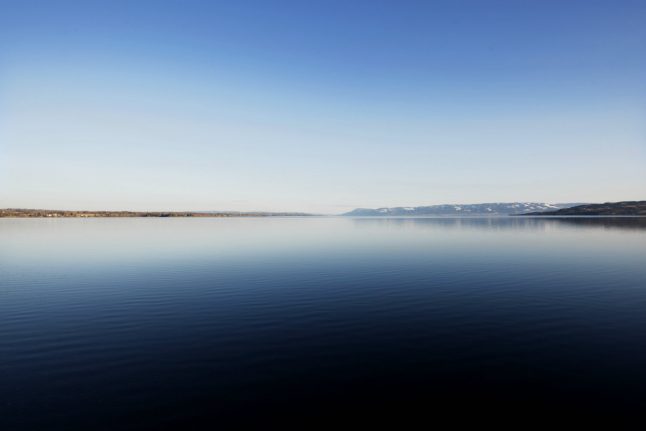 The sword is likely to have been used in battle or for beheading broadcaster NRK reports.

“We’ve mostly found rubbish up to now. Miro, who found the sword, realised quickly that it was a sword,” Gylder said to NRK.

Local newspaper Oppland Arbeiderblad was first to report the story.

After discovering the sword, the two divers took it to Mjøs Museum. The museum’s director Arne Julsrud Berg said that there were indications the sword was around five hundred years old and that the location of its discovery suggested it may have been on board a boat.

“One theory suggests it may have been a battle sword. Two-handed swords like this were commonly used in wars or battles around Europe in the 1500s,” Julsrud Berg told NRK.

A second theory as to the sword’s original use could be that it was used for executions, he also said.

It may alternatively have been used for ceremonial purposes or to show status, the museum director added.

The sword has been relatively well preserved due to being under freshwater rather than saltwater or in air, which would have eroded it.

It will be taken to Oslo’s Museum of Cultural History for preservation, after which it will be transferred to the Norwegian Maritime Museum, NRK writes.

Julsrud Berg said that the 1500s were a tumultuous period in the region of Scandinavia where the sword was found, with a peasant result against the monarchy and a battle at nearby Østre Toten in 1508. 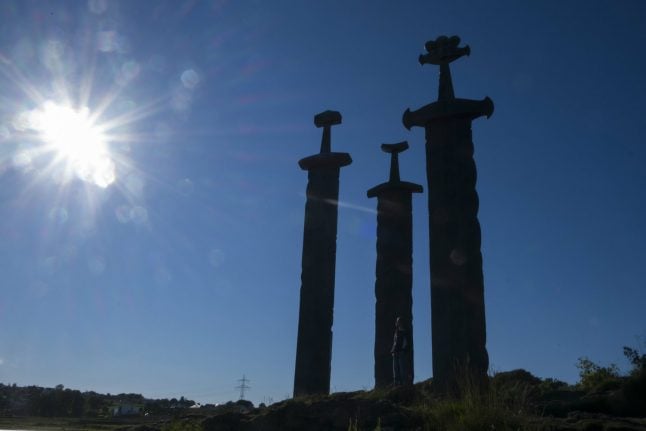 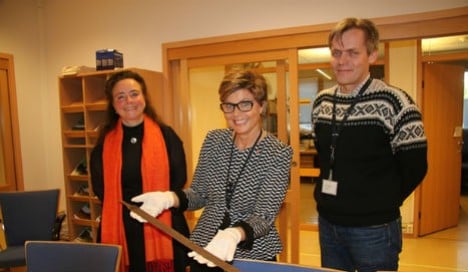 The sword is in such good condition it could be used today. Photo: Hordaland Country Council
The sword, found at Haukeli in central southern Norway will be sent for conservation at the The University Museum of Bergen.
Jostein Aksdal, an archaeologist with Hordaland County said the sword was in such good condition that if it was given a new grip and a polish, it could be used today.
“The sword was found in very good condition. It is very special to get into a sword that is merely lacking its grip,” he said.
“When the snow has gone in spring, we will check the place where the sword was found. If we find several objects, or a tomb, perhaps we can find the story behind the sword,” he said.
He said that judging by the sword’s 77cm length, it appeared to come from 750-800AD.

Photo: Hordaland Country Council
“This was a common sword in Western Norway. But it was a costly weapon, and the owner must have used it to show power,” he said.

The hiker found the sword three years ago but only recently turned it over to archaeologists.

Experts don't know why the sword would have been left in the mountains.

“Maybe there is a grave there, or was it left there by a trader? Was it hidden there for one reason or another? The only limits are our imagination,” Aksdal said during an interview in late October. “Did someone die there? Or was there a fight, a theft, a murder or something else? We can't say.”

A more thorough study of the site will be carried out next spring when the snow has melted.

The cold dry weather in the mountainous region of southern Norway probably helped to keep the object in good condition. There, “temperatures remain below zero for six months of the year,” Aksdal said.

While climate change has many negative implications for planet Earth, it is proving beneficial to archeologists.

“The melting snow means that a growing number of ancient objects are seeing the light of day,” Aksdal said.