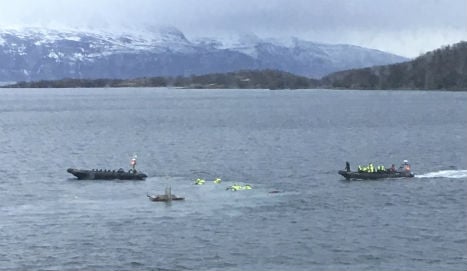 The tourists spent 15 minutes in the Arctic waters. Photo: Gunnar Berg/NTB scanpix
Norwegian police said a total of 24 people, including three local crew, had been on board the rigid-inflatable boat when it collided with Selbanes Sail, an ornamental fountain at the harbour entrance in Harstad, north of the Arctic Circle.
Nils Mehren, a local reporter with Norway’s state broadcaster NRK, said that the impact had thrown people into the sea “like dolls”, according to news agency AP. A following boat was also caught up in the accident.
Local police said that two of those involved in the accident had been seriously injured, including the boat's driver.
Four of the tourists were still being treated in hospital in Harstad on midday Friday, NRK reported.
“Two of them are slightly injured and will be discharged during the day. One has moderate injuries and one is still seriously injured, but stable,” Per Christian Johansen, press officer at the University Hospital of Northern Norway, told NRK.  Another victim is bring treated at a hospital in Tromsø.
After the collision, which took place at 3pm, ten British tourists and the boat's driver spent 15 minutes in the icy water.
Local police chief Tom Harder Johannessen told NRK on Friday that the investigation into the accident would be passed to a neighbouring force.
“The reason for this is that the company that operates the boat involved is owned by two policemen in Harstad. One is retired, while the other is still working for the police,” he said.
The tourists, who arrived in Norway on Wednesday, had been on the “Arctic Fjord” package tour arranged by the travel company Inghams.
Harstad is the main town on Hinnoya, Norway’s largest coastal island, and is the gateway to the Lofoten Islands, a popular tourist attraction. 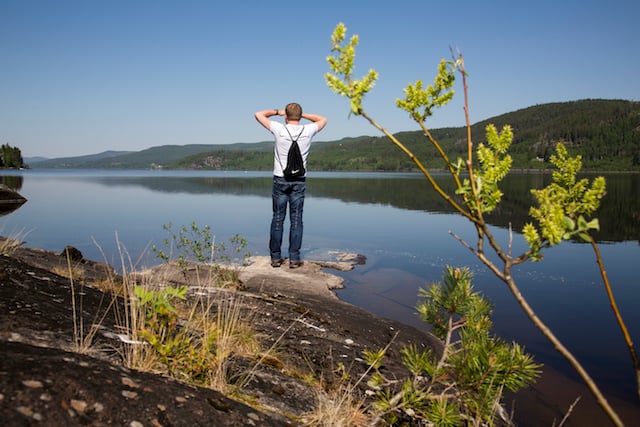 TRAVEL
‘Think like a vagabond’: Tales from the world’s northernmost pilgrimage