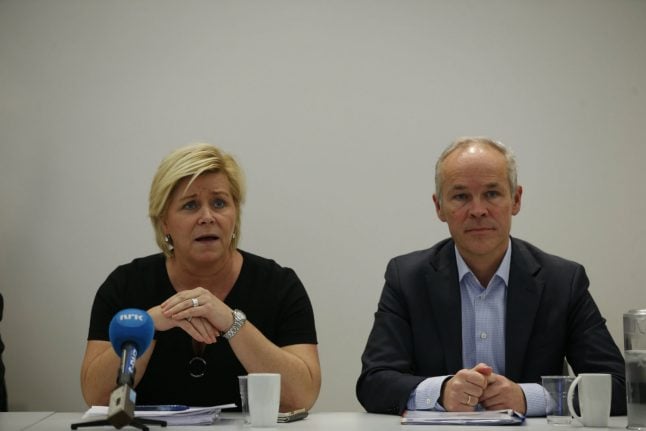 Minister of Finance Siv Jensen said that newcomers to the Norway must show “willingness” to learn the country’s language.

“This is a demand to immigrants that they must learn Norwegian and they should show genuine willingness to do it. It won’t do to just give up and live on state welfare support,” Jensen told newspaper VG.

Jensen, who is also leader of the anti-immigration Progress Party, wants to scrap a current rule ensuring immigrants to Norway receive 600 hours of classes on Norway’s language and culture.

The classes will continue, but the government wants to introduce assessment of whether participants have reached a satisfactory level of Norwegian proficiency.

“If you leave the introductory course and into the home and not out to work because your Norwegian is not good enough – that’s when we want to make demands,” Minister for Integration Jan Tore Sanner said.

Sanner said the government had not yet decided how the language standard would be set and tested.

“We are working on that. You will have to take a test, so we can see how good you are at Norwegian. If you are good enough, you then have one of the most important tools in regard to getting a job,” Sanner told VG.

Jensen said she was particularly concerned that not enough female immigrants have learned Norwegian.

“Far too many minority women cannot speak Norwegian, which means they are unable to follow how their children are doing at school and elsewhere,” she said.

A 2017 report by the Norwegian Labour and Welfare Administration found that 67,000 people in Norway receiving social welfare payments were of immigrant background. That constitutes approximately half the total number of people in Norway whose income is supported by the state.

Additionally, many people of immigrant background who rely on social welfare for their income were considered to be living in conditions comparable to poverty, the report found.