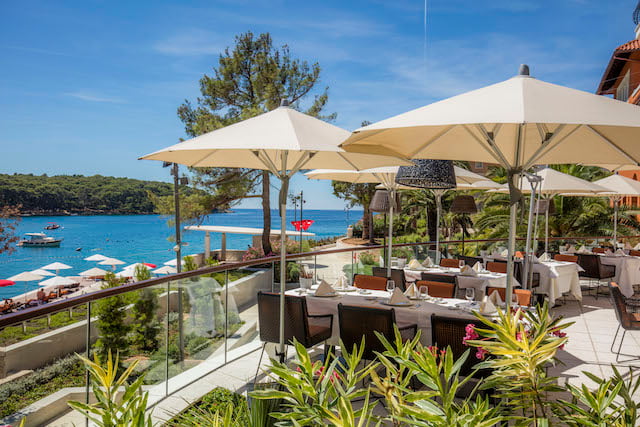 The Croatian island of Lošinj is an ideal choice for a unique holiday. Lošinj was first discovered by Austro-Hungarian aristocracy and has since become a popular destination due to its healing climate. Declared a natural climatic health resort in 1892, the island attracts many tourists who return year after year to experience its natural beauty.

Highlights of the island include Čikat Bay, an intimate cove nestled in Čikat Forest Park. Here you will also find Lošinj Hotels & Villas.

One of the favourite luxury hotels on TripAdvisor

The 5-star Hotel Bellevue was rated by Tripadvisor guests as one of TOP 3 best luxury hotels in Croatia. Located in Čikat Bay, Hotel Bellevue provides a relaxing atmosphere to relax and enjoy. Its interior is decorated with a modern combination of stone and airy white surfaces, furnished with designer items and lighting, creating a cosy, intimate atmosphere for a dream vacation.

Specialties of the hotel include comprehensive wellness programmes that guests can enjoy at the Bellevue Spa Clinic, where top programs, educated professionals and wellness trends take centre stage.

On the other side of Čikat Bay you'll find the 5-star Boutique Hotel Alhambra; a member of the prestigious Small Luxury Hotels of the World and the American network Virtuoso. This luxury hotel presents a perfect blend of historic Austro-Hungarian architecture and state-of-the-art modern comfort.

The hotel's à la carte restaurant Alfred Keller is manned by skilled chefs preparing gourmet delicacies from the freshest, locally sourced ingredients, pairing them with more than 350 renowned wine labels from the hotel's own winery. Alfred Keller has been recognised by the influential French guide Gault & Millau as one of the 2018's best restaurants and was awarded 3 chef’s hats and 15 points.

Thanks to Lošinj Hotels & Villas cooperation with Czech Silver Air, you can now fly direct to Lošinj starting from 235 euros return from Zagreb, Pula, Split or Lugano. For your maximum comfort, there's a transfer service to and from hotel, providing you with carefree travel and allowing you more time to explore the hidden gems that Čikat Bay has to offer.

Book your vacation to Čikat Bay on the island of Lošinj. Enjoy our unique Experience for Two offer at Hotel Bellevue or our Luxury Gourmet offer at Boutique Hotel Alhambra. 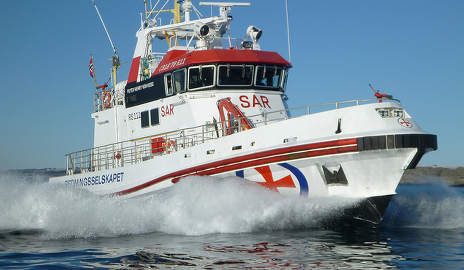 The Peter Henry Von Koss rescue vessel. Photo: Redningsselskapet
“The possible contribution from the Redningsselskapet [the Rescue Society], will be offered Frontex today,” Prime Minister Erna Solberg said in a statement to Parliament on Thursday morning.
The government hopes to send "Peter Henry Von Koss”, a rescue vessel operated by Redningsselskapet, Norway’s leading sea rescue charity, and is also tendering for a larger ship.
“The invitation to tender ships has been sent out, and the deadline is set for Monday May 4,” Solberg continued. “The Armed Forces and the Ministry of Defence are assisting the Ministry of Justice to quickly assess which bid to accept.”
The government has specified that the ship must have deck space of some 1000 square metres, allowing it to transport up to 500 passengers.
Norway also planned to increase its financial contribution to Frontex, the European border agency, she added.
The announcement came after growing worries in Norway that the boat the government planned to send would be deployed on a border policing mission and not used to rescue asylum seekers whose boats capsize during the crossing.
Frontex, which in November took over responsibility for tackling the stream of asylum seekers attempting to cross the sea between Africa and Italy, has been criticised for putting border security ahead of the lives of those travelling in the overcrowded vessels.
“It is worrying if it is true that the ship can be steered towards policing,” Geir Toskedal from Norway’s Christian Democrat party told Norway’s state broadcaster NRK on Thursday.
“We believe it is more important to save lives.”
More than 1,750 immigrants have died attempting to cross the sea since the start of the year.
Foreign minister Børge Brende on Wednesday told the country’s parliament, the Storting, that he hoped the Norwegian vessel would be deployed for rescue operations.
“I hope the Norwegian ship can support the critical rescue operations,” he said. “The Mediterranean cannot be allowed to become a graveyard.”
According to Norway’s VG tabloid, Frontex has yet to accept the offer of a second ship. If it does, "Peter Henry Von Koss' will set sail from its home in Egersund for the Mediterranean within days.
Url copied to clipboard!