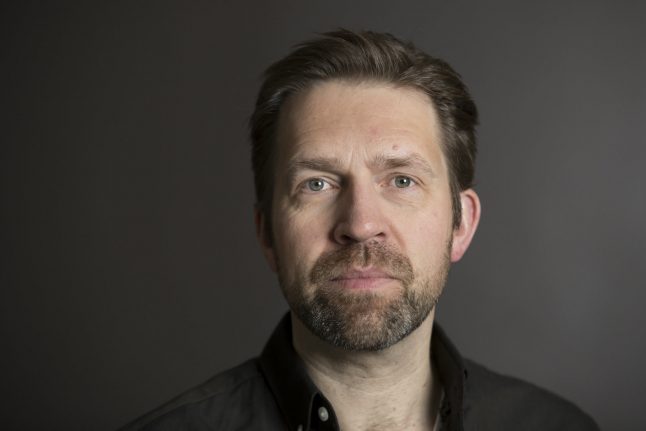 The Norwegian virtuoso, who has spent the past season as the artist-in-residence at the New York Philharmonic, has developed an intuition on the relationship between settings and the great composers whose works he brings to life.

“With Beethoven, for instance, I feel that he speaks to the crowd — he's sort of delivering a speech in an extremely profound way. But with Chopin — and the same with Schumann — you feel it's very much between two persons,” Andsnes told AFP over lunch near the Philharmonic's home at Lincoln Center.

Andsnes had recorded well-regarded CDs of Sibelius and Stravinsky in Berlin's Teldex studio but he found its reflection from the walls and floor ill-suited to Chopin and the intimacy he requires.

Instead Andsnes headed to the Sendesaal studio in Bremen, whose building-within-a-building design makes it thoroughly sound-proof. But the CD also features live recordings from the studio, which Andsnes described as “liberating” after days of solitary sessions.

“But in concerts, you're naturally thinking much more forward — you're thinking about what is coming and what you have to tell.”

Andsnes, 48, had been playing the first three of Chopin's Ballades since he was a teenager. He only six years ago attempted the especially challenging fourth Ballade but has since played it frequently.

“How it is possible to tell so much and with so much diversity within 10 minutes, it's quite a miracle to me,” he said.

Considering the Ballades to be too passion-rich to play in a single cycle, Andsnes is interspersing them with Chopin Nocturnes for the CD, which will be released in September on Sony Classics.

Throughout his residency at the New York Philharmonic, Andsnes highlighted works by major composers that often go overlooked.

The “Fantaisie,” the French master's sole work for piano and orchestra, was never played in Debussy's lifetime. The 1890 premiere was scrapped when the conductor said there was no time to prepare and Debussy later balked at attempts to perform it.

The “Fantaisie” presents a fine balancing act for the pianist, who has little scope for outward showmanship. Andsnes instead forged a rich blend with the New York Philharmonic, conducted with subtlety in the orchestra debut of Bergen-based British conductor Edward Gardner.

Andsnes — who described the “Fantaisie” as “wonderful” yet indicative of a still-young Debussy — will perform the work again next month in Paris with the Orchestre Philharmonic De Radio France.

Looking back at World War I

Andsnes attaches particular importance to remaining active in Norway. A father of three, Andsnes briefly stepped back from curatorial roles but since 2016 has put together a summer festival in the western coastal village of Rosendal.

The latest festival in August will examine music written during World War I on the conflict's centennial. One featured work, Janacek's “Violin Sonata,” reproduced the sounds of bombs but most of the works, such as Ravel's “La Valse,” tread more obliquely on the bloodshed.

Andsnes said he remained fascinated by the richness of music at a time of such carnage.

“There was so much great music written in those years and it's interesting to see how the war affected the lives of so many of the composers. But nevertheless they just wrote music, and not necessarily music reflecting the war.”