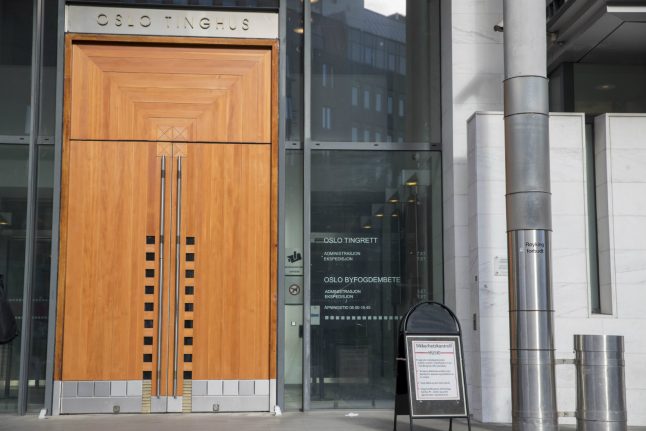 The man, originally from Syria, was sentenced to two and a half years in prison for breaking immigration laws and for falsifying documents, newspaper Dagbladet reports.

He was found to have illegally assisted around twenty people in travelling to Norway and Europe.

Norwegian police became aware of the case on the basis of a tip-off from police in the Czech Republic, who found that the man had acted as a middle man in connection with a case involving production of false identification papers in Eastern Europe, Dagbladet writes.

After arresting the man and searching his home in Oslo, police found that he once represented Syria’s national beach football team.

The man has lived in Norway for seven years, according to the newspaper’s report.

He claimed he did not make a profit through his collaboration with the group in Eastern Europe, but admitted to helping several people travel to Norway and Europe.

He denied being engaged in people smuggling, but said he helped friends and family who were in need to acquire necessary passports, identification, tickets and information.

Police investigation of the man’s account did not find that he had not profited from his actions, although he did send money abroad.

“Police consider the accused as a central cog in an operation that has carried out people smuggling. He was like a travel agency for the refugees he helped,” police prosecutor Hans Petter Pedersen Skurdal told Dagbladet when the newspaper reported the charge against the man in February.

Persons who were not family members or friends were also helped by the man, the Oslo court heard during the trial in April.

Though the court said that the life and health of Syrian refugees is in clear danger, it found the man should be punished nonetheless.

“The travelling [individuals] has already left Syria at the time the accused began to help them. The court finds it proven that the accused was part of an organised group with profitable intentions. It is the view of the court that the accused played a central role in this business,” the judgement read according to Dagbladet’s report.

The man’s defence lawyer said the verdict would be appealed.

“My client maintains that he acted out of necessity. Even though those he helped had arrived in Europe, he believes their lives were at risk,” defence lawyer Heidi Ysen told Dagbladet.