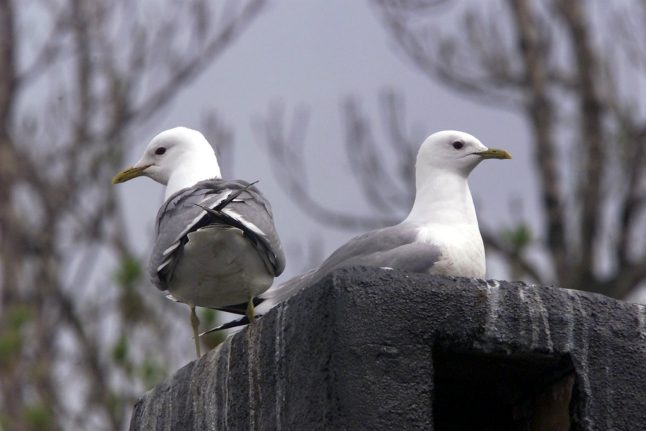 A judge at the Sør-Trøndelag district court said it was beyond reasonable doubt that the young man climbed on to a roof in July last year in order to kill gulls by “shooting them with an air rifle, kicking and trampling on them”, news agency NTB writes.

The court said that the common gull is a protected species in Norway and may not be hunted.

The 19-year-old, who denied the charges against him, was given a 30-day suspended prison sentence as well as 120 hours’ community service, newspaper Adresseavisen reports.

He was also given a 3,000 kroner (312 euros) fine, and was sentenced under Norway’s animal welfare and nature conservation laws.

The man, who has previous convictions for affray and urinating on a police car on December 23rd, is reported to have considered whether to appeal the sentence.

Police were alerted to the offence, which took place on the roof of the Maske wholesale store in Trondheim’s Lade district, by a neighbour, who said he could see three people on the roof of the building. One of the three had a gun, the witness said.

According to the witness, the person with the gun shot at seagull nests near corners and ventilation shaft exits on the roof.

He also said that the two other people stamped on and kicked seagull chicks.