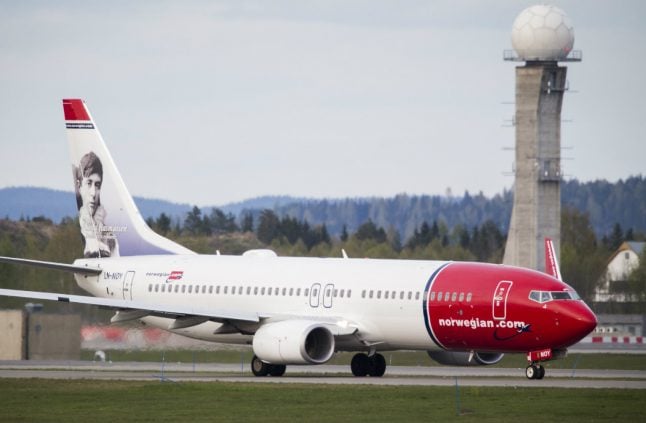 “I have not envisaged any sale,” Bjørn Kjos, who is also the main shareholder, told reporters following a meeting of the group's shareholders.

Some analysts were sceptical, however, saying they suspected Kjos may well be willing to sell if the price is right.

The comment came a day after IAG, which also owns Spanish airlines Iberia and Vueling as well as Ireland's Aer Lingus, announced it had acquired a 4.61 percent stake in Norwegian.

After news of the minority acquisition broke, the carrier's shares soared 47 percent on the Oslo stock exchange Thursday. On Friday, they held their ground.

“I have to underline that we have had a lot of approaches from different airlines,” Kjos said, as he described IAG as a “very professional” company.

Norwegian is one of the few low-cost airlines to venture into long-haul flights, which has long been the preserve of major carriers, and has been rapidly adding routes.

But it is also heavily indebted and recently ran into financial turbulence in its bid to rapidly expand.

In March, it had to raise 1.3 billion Norwegian kroner (136 million euros) in a share sale in order to cope with its troubles.

In 2017, its earnings were in the red with losses nearing 300 million kroner.

Those difficulties had hurt the airline's share price, and Kjos said Friday that even with the 47 percent gain on Thursday that it was too low to consider an offer.

“I find that Norwegian has fantastic potential,” he said.

Analysts found Kjos's comments sufficiently ambiguous to indicate he was seeking a higher price rather than rejecting the possibility of entertaining offers.

“He is no doubt waiting for the right price,” said Preben Rasch-Olsen at the Carnegie financial consultancy.

Experts consider that a tie-up would make sense given the consolidation underway in the European airline industry into three large groups let by Lufthansa, Air France-KLM and IAG.

So far none of the big budget carriers have joined a major group.

A deal would thus give IAG an entry into the low-cost long haul sector, as well as reinforce its position in Spain where Norwegian has established eight bases, said Jo Erlend Korsvold, an analyst at Nordic bank SEB.

Snapping up the airline would also allow IAG to moderinise its fleet faster as Norwegian has ordered a huge number of the latest and most fuel-efficient models to meet its ambitious growth goals.