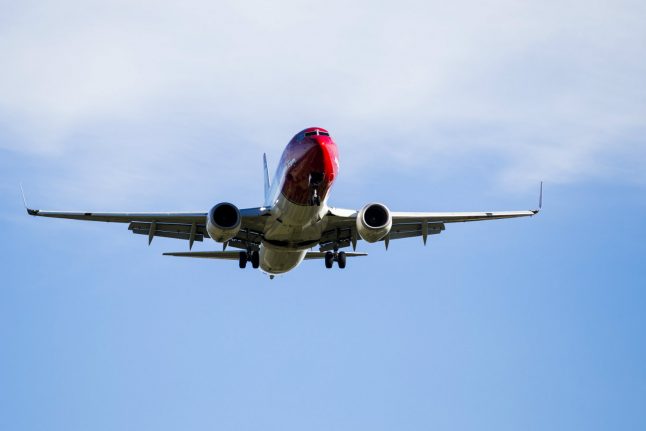 Norwegian's shares shot 47 percent higher at one point before descending to 38 percent gain on the Oslo stock exchange.

London-listed International Airlines Group (IAG) revealed the news in a brief statement in which it noted press speculation over a possible bid for Europe's third largest low-cost carrier after Ryanair and Easyjet.

“IAG considers Norwegian to be an attractive investment and has acquired a 4.61 percent ownership position in the airline,” said the group that includes British Airways and Ireland's Aer Lingus, as well as Spanish airlines Iberia and Vueling.

“The minority investment is intended to establish a position from which to initiate discussions with Norwegian, including the possibility of a full offer for Norwegian.

“IAG confirms that no such discussions have taken place to date, that it has taken no decision to make an offer at this time and that there is no certainty that any such decision will be made.”

A further announcement on the matter would be made if appropriate, it added.

Norwegian is one of the few low-cost airlines to venture into long-haul flights, which has long been the preserve of major carriers, and has been rapidly adding flights.

This year, Norwegian wants to boost its offer by 40 percent.

Norwegian said in a statement released via the Oslo stock exchange that it had been unaware that IAG had acquired a stake until press reports Thursday morning and had not held any discussions with the airline group.

“Norwegian believes that IAG's interest in the company confirms the sustainability and potential of our business model and global growth,” it said.

But analyst Michael Hewson at CMC Markets noted concerns that Norwegian “might be overextending itself” as it rapidly expands its fleet and posts losses.

“We have seen in the past how over rapid expansion by accumulating too much
debt can quickly get out of hand,” he said.

The acquisition of the stake “suggests that IAG feels that there is an opportunity here given the level of the share price, or it could simply be keeping its options open in the event of further difficulties” with Norwegian, said Hewson. “Time will tell.”

IAG's shares were down 0.6 percent in London in a broadly flat market.