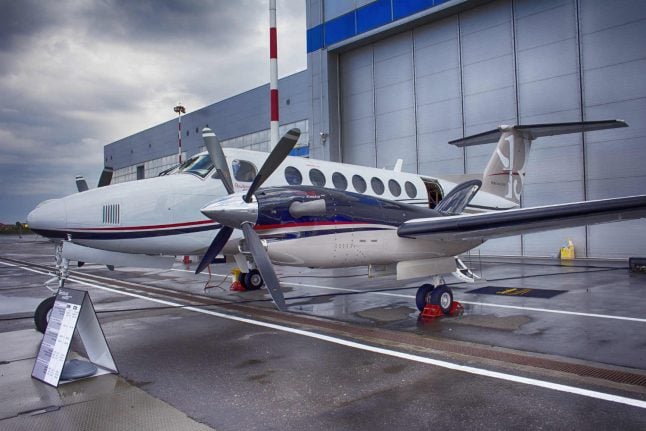 A Beech King Air B200 of the type that belly landed in Stavanger. Photo: s2foto/Depositphotos

The cause of the emergency landing is currently unclear, reports broadcaster NRK. The flight control tower was not informed of a problem with the aircraft prior to its landing, according to the report.

The airplane, a Beech King Air B200, came in to land at Stavanger’s airport at 10am on Monday.

“It came in from the north and landed on the runway. The undercarriage malfunctioned, and the aircraft is now on the runway,” Stavanger Airport director Leif Lorentzen told NRK.

On board the two-engined aircraft, which I owned by Air Wing, was a two-man crew.

“They say they did not know the landing gear wasn’t down when they landed. Although the belly landing happened suddenly, they are okay. Nobody is hurt,” Air Wing’s commercial director Jarle Granheim told NRK.

The aircraft is reported to have been delivering supplies for scanning equipment at Stavanger University Hospital.

The supplies, which included radioactive isotopes, were not damaged, NRK reports.

International rules for transport of such material ensure that containers can withstand considerable damage.

Fire services and police were both despatched to the airport following the incident.

“It is very rare that something like this happened. Fortunately it has not resulted in anything more than material damage,” Lorentzen said. 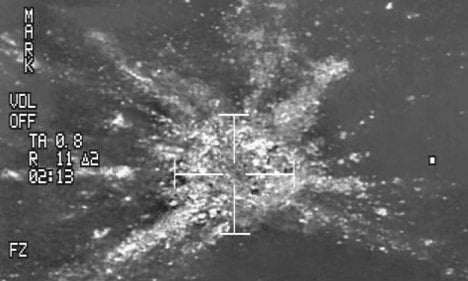 The Scandinavian country scrambled fighter jets on 41 occasions to inspect Russian military aircraft flying past its airspace although the planes always stayed in international territory, the Norwegian air force said in its annual report.

A total of 71 Russian military planes were identified during the sorties, the highest since 2009, it said.

"It's important to note that none of these planes were intercepted" in Norwegian air space, said the head of the Norwegian military, Harald Sunde.

The two countries share a 196-kilometre (122-mile) border in the far north, where Russia has large military bases in the Murmansk region. Putin, who returned to the Kremlin in May, has announced an "unprecedented" Russian rearmament, vowing to pump more than 550 billion euros ($705 billion) into the defence industry over the next ten years. 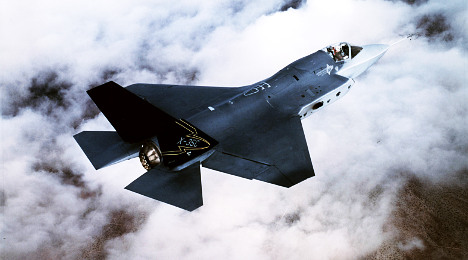