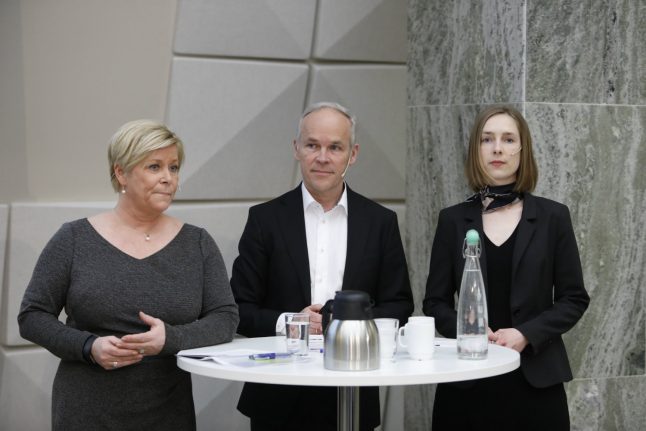 “Even though few people wear the burqa and niqab today, there are instances of it. A national ban will make things clearer for everyone,” Sanner said to NRK.

The ban will ensure good communication in educational contexts, the minister added.

“Norway is an open society where we are used to seeing each other face to face. This is particularly important in teaching situations, daycares and schools,” he said.

The ban will not apply to small children attending daycares.

“Children need open and safe communication. Children will not be covered by the ban. Experience shows us that children do not use the niqab and burqa,” Sanner said.

But the rule will apply in teaching situations outside of school hours, such as at after-school clubs (Norwegian: skolefritidsordninger) and lessons.

Nybø, who presented the guidelines that would be applied at universities and higher education schools (Norwegian: høyskoler) said that the ban would apply to those attending all forms of teaching in those types of institutions, including in lectures.

“It is important to have a framework to apply to teaching situations. These are, to a high degree, grown adults who can make independent decisions as to whether they cover outside of classrooms and lecture theatres,” Nybø said to NRK.

The proposal is expected to receive majority backing in parliament, with opposition parties Labour, the Centre Party and the Socialist Left, as well as the centre-right Christian Democrats, all having previously spoken in support of a ban on the veil.

Jensen said that responsibility for applying the ban would lie with educational institutions.

“[Institutions] should initially try to use dialogue. If that does not work, responses can be used. The most serious, as a final consequence, is expulsion… employees who break the rules several times could lose their jobs,” Jensen said.

Rules must be clear and set out in advance, Jensen said.

The proposal, which was initially announced in June last year, could make Norway the first country in Scandinavia to apply a ban on wearing the Islamic face veils, although a comparable proposal is currently being processed by Denmark’s parliament.