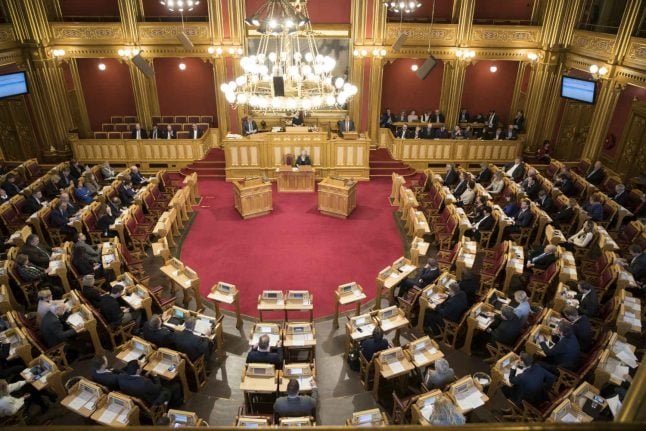 In accordance with current law in the country, 16 and 17-year-olds can apply for special dispensation to marry.

The opposition Labour Party had proposed removing that option from marriage law, but the right-wing government, along with the Christian Democrats, will vote against the proposal, broadcaster NRK reported on Tuesday.

Young people campaigning for the law change told NRK that they were disappointed in the decision not to support what they saw as a bulwark against child marriages.

“It is said that this will not be approved yet. It is important to [change things] as soon as possible. The fight against child marriage is very relevant and an important part of the agenda,” 15-year-old campaigner Ferdinand Aspaas told NRK.

“We cannot condemn other countries that allow child marriage if we permit it ourselves,” fellow campaigner Agnes Nordvik, also 15, said to the broadcaster.

The two teenagers attended the parliament in Oslo with NGO Plan Norge to follow debate over the issue.

MP Tone Wilhelmsen Trøen of the governing Høyre (Conservative) party defended the decision not to vote for the proposal.

“The reason we are saying 'no' today is that there is legal work underway in this area which is under the process of consultation [høring in Norwegian, ed.], and which will then be brought to parliament. When we change the law in Norway we must follow due process and carry out work fully,” Trøen said to NRK.

The Conservative politician added that it was important to ascertain whether a complete ban on marriages under the age of 18 in Norway could result in parents taking their children abroad to be wed.

“I can reassure the young people that are campaigning for this that it is going to happen. But I am surprised that the Labour Party does not want to use the normal method for changing laws in Norway. They also knew that the government was working on this,” she said.

Aspaas and Nordvik maintained there was no time to lose over the issue.

The United Nations has a stated target of ending child marriage by 2030.

“Norway should be a country at the forefront. If we want this target to be reached by 2030, Norway must contribute,” Aspaas said.

“Our current law sends the signal that we accept child marriage,” Nordvik added.