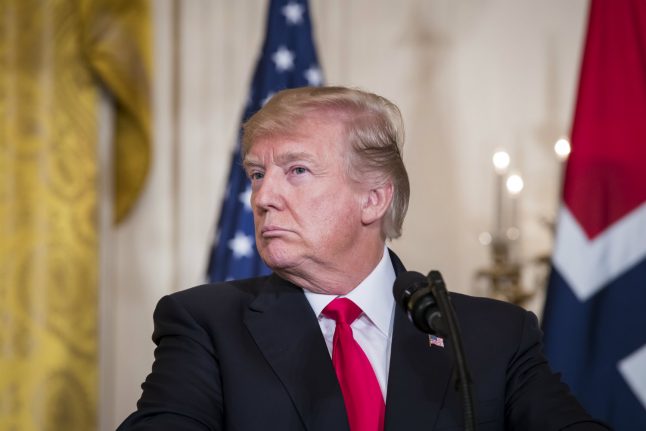 “We have good reason to believe that a nomination we received concerning Trump has been falsified,” Nobel Institute director Olav Njølstad told AFP.

He refused to provide further details, saying police were now looking into the matter.

Each year, nominations for the Nobel Peace Prize must be submitted by January 31st. Among those entitled to propose names are members of parliament and government, former laureates and some university professors.

While the list of candidates is kept secret for at least 50 years, those who nominate are however allowed to disclose their choice.

The Peace Research Institute of Oslo (Prio) said in early February that Trump's name was on the list.

Like last year, Trump was nominated for his “ideology of peace through strength” by an American who did not want his identity revealed, according to Prio, a body independent of the Nobel organisation which closely monitors the nominations revealed publicly.

It is possible that this nomination was submitted by a person suspected of committing identity fraud to appear eligible to nominate.

The Nobel Institute said it had received 329 valid nominations for the 2018 Peace Prize. The five members of the Nobel committee that selects the winner are also allowed to submit names during their first meeting of the year, which was held on Monday.

“Although their experiences and practices differ greatly, there can be no doubt about the potency of their global advocacy work against sexual violence in conflict,” director Henrik Urdal said on the Prio website.

Among the nominations made public so far is the so-called Umbrella Movement which called for democratic reform in Hong Kong in 2014, nominated by a bipartisan group of US congressmen.

Last year's Peace Prize went to nuclear disarmament group ICAN for its decade-long campaign to rid the world of the atomic bomb.

It was a key player in the adoption of a historic nuclear weapons ban treaty, signed by 122 countries in July. However, the accord was largely symbolic as none of the nine known world nuclear powers signed up to it.

The name of the 2018 winner will be announced in early October.