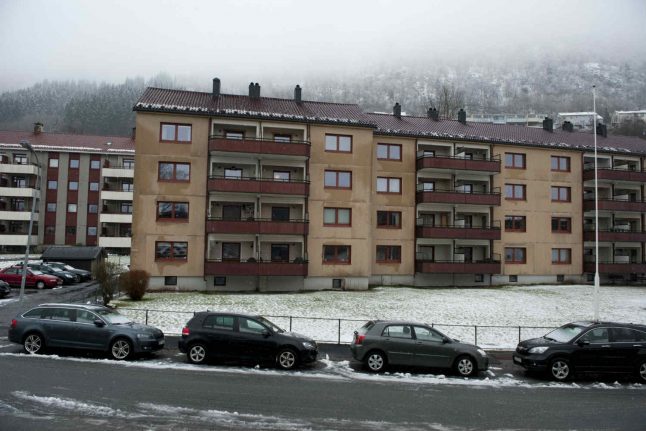 Landås in Bergen, where the crime is reported to have occurred. Photo: Tor Erik H. Mathiesen / NTB scanpix

A 43-year-old man who has now been charged with her murder alerted police to the woman's death on Saturday evening, reports newspaper Bergens Tidende.

The man was arrested when police arrived at the scene.

He later confirmed during police interrogation that the woman, who was 70 years old, was his mother, although she is yet to be formally identified, reports VG.

“He gave us an account in which he told us about the murder, the act of killing, and the murder weapon, but I cannot go into details of what he told us,” police prosecutor Ørjan Ogne told Bergens Tidende on Sunday.

But the newspaper reported Monday that an axe may have been used in the crime.

The man is reported to have told police that he had used an axe to kill his mother when they arrived at the scene.

The axe was found in a shed close to where the woman lived after the man told police where it was located.

A preliminary hearing is scheduled at Bergen District Court on Monday. The man will not be present but has agreed to be held in custody, his counsel Jannicke Keller-Fløystad told VG.

Keller-Fløystad told the newspaper her client was “a long way down” after what had happened.

“He has not explained any more to police so far, but it is important to find out more about how he grew up and his health,” she said.

The lawyer added that the man had recently been discharged from a psychiatric facility against his will, and claims to have been in need of help for several months.

“He said that he presented to the on-duty doctor a few weeks ago and asked to be hospitalised. He was than discharged again, against his will, according to his account,” she said to VG.