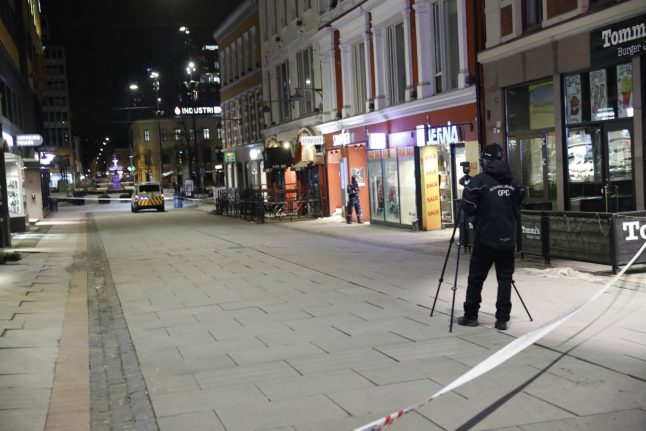 No arrests have so far been made following the incident, reports NRK.

Operation leader Christian Krohn Engseth told the broadcaster that police received several reports of the incident shortly after 3am on Monday.

“They had heard a bang and seen a person shoot at Nilsens Spiseri & Harmoni bar on Torggata (street). The bar was closed, so fortunately nobody was there when the shots were fired. The weapon was found on the ground,” Engseth told NRK.

The officer said the weapon involved was a 'powerful, two-handed' device, according to the report.

The suspected shooter was seeing running from the scene and was described as wearing black, 175cm tall and possibly light-skinned.

“We have several patrols in the area who are looking for the suspect. Forensic experts are on their way to carry out investigation and we are taking witness statements at the scene,” Engseth told NRK at 4:20am on Monday.

Later on Monday morning, police announced that they were reducing the intensity of the search, though no arrests had yet been made.

READ ALSO: Oslo doormen shot by guest they threw out of nightclub