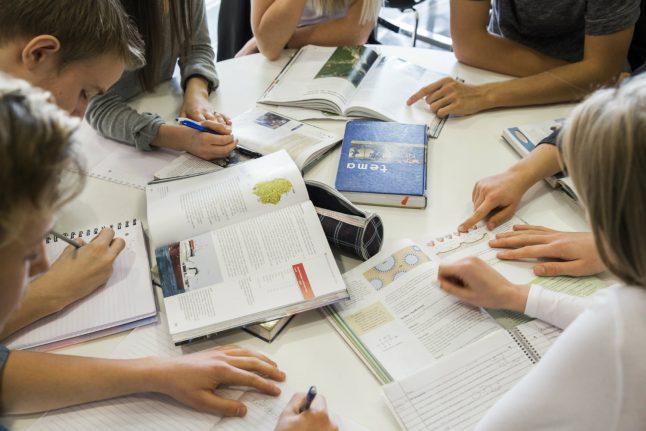 Children who have moved to Norway from other countries achieve the worst results in the country's national reading tests, news agency NTB reports. But an improvement for children within the category did take place between 2016 and 2017, according to figures published by Statistics Norway.

In 2016, 43 percent of children with immigrant backgrounds scored within the lowest range on the test. That proportion fell to 39 percent in 2017, according to the figures.

The statistics are based on reading tests take by children aged 12-13 years, or in the fifth grade of the Norwegian school system.

Norwegian-born children with parents who are immigrants also showed a year-on-year improvement in scores, with the proportion in the lowest range falling from 39 to 36 percent.

For English reading tests, the difference was smaller between the groups as well as being almost unchanged compared to 2016.

37 percent of children with immigrant backgrounds scored in the lowest range for English, while 21 percent of other children fell into that category.

According to Statistics Norway, the education level of parents is an important factor in the performance of children in the reading tests. 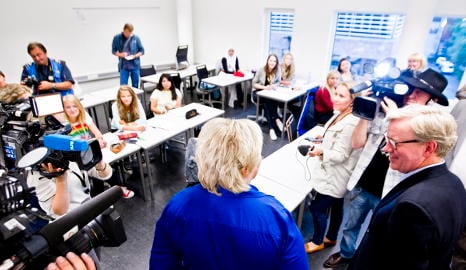 Norwegian Prime Minister Erna Solberg visits a classroom in Norway. Photo: Vegard Grøtt / NTB scanpix
The report from the Organisation for Economic Co-operation and Development (OECD) warned of an increasing gap between well-educated youth in Norway, and an “out” group with no education and few skills that would make them attractive in the labour market.
”We see that Norway is marked by an increasing gap between this group and those who are qualified to work,”
Andreas Schleicher, OECD’s Director for the Directorate of Education and Skills, told Norway's VG newspaper.
“The reason is that they to a much greater extent lack basic skills such as reading, writing and especially in numeracy, than young people in other countries.”
Norway has lower youth unemployment than in many other OECD countries. However, the share of young people with no higher education and no job has increased from 12% in 2008 when the financial crisis hit to 17% in 2013.
The OECD is concerned that the Norwegian system allows unemployed youth to become passive and advises the country to engage the group in more activities.
Røe Isaksen, Norway's education minister conceded that Norway's failure to improve the skills of unemployed youth was a real problem.
“The most important thing that the OECD is showing is that the basics – reading and writing – need to be in place. If that is not the case, you will struggle for the rest of your life,” he told VG. “More of those outside the labour market in Norway lack basic reading and writing skills than in many other countries. That shows that although we are doing many things right, we have not been able to find a solution to this.”
Schleicher is also noted that Norwegian boys were falling behind, saying he feared they felt school was “irrelevant” to their lives and careers.
SHOW COMMENTS
Url copied to clipboard!