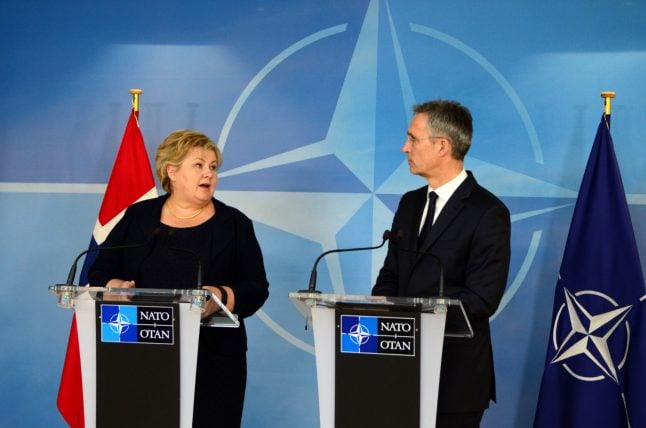 The reduction in spending was reported by newspaper VG on Thursday.

Defence minister Frank Bakke-Jensen said in a written response to a parliamentary question that government spending on defence would reach 1.56 percent of gross domestic product (GDP) this year.

It will then fall further to 1.5 percent in 2020 and remain at that level until 2024, according to the report.

“We have been continually looking to get closer to Nato's goal of two percent. But now the government writes that we are actually moving away from that target. The Minister for Defence must provide an explanation for that,” Huitfeldt added.

According to Nato's own figures, Norway spent 1.59 percent of its GDP on defence in 2017. As such, 2018 will see a reduction in proportional spending according to the figure provided by the government.

Future figures are, though, uncertain, according to Bakke-Jensen's written response.

“They depend on the economic development in general, the decisions ratified by parliament and the fulfilment of current long-term plans, potential new resolutions in individual budgetary years and other aspects in relation to the implementation of ratified plans,” the minister's written response reads.

Nato member states are currently under pressure from US President Donald Trump and Nato General Secretary Jens Stoltenberg to meet the two percent target by 2024.

After meeting Prime Minister Erna Solberg in Washington, D.C. earlier this month, Trump said he had encouraged Norway to follow up on its commitment to reach the two percent target and suggested he believed that would soon happen, VG writes.

“Erna Solberg must answer as to whether she told the American president that we are actually moving away from the target now,” Huitfeldt told VG.

“Nato figures show that we have the lowest proportion of all the countries that border Russia,” she added.