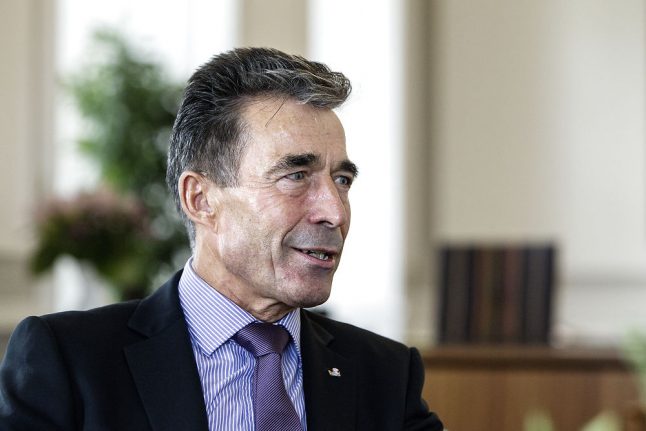 Rasmussen, 64, who is no relation to his successor and current PM Lars Løkke Rasmussen, headed the Western military alliance from 2009 to 2014 and notably as Danish premier was a keen supporter of the 2003 Iraq war.

“We do not comment on the candidates we are in touch with but it is correct that his name is among those proposed to the nomination committee” by the FrP, committee chairman Morten Wold told AFP, adding the decision would be made in the coming fortnight before the body convenes.

In line with the wishes of prize creator Alfred Nobel, who died in 1896, the Norwegian parliament elects the committee based on parties' strength in the assembly, giving the FrP the right to supply one of the five members.

Nobel said in his will that the nine million kroner (912,000 euros) prize should be awarded “for the best work for fraternity between nations, for the abolition or reduction of standing armies and for the holding and promotion of peace congresses.”

The FrP last year put forward its controversial former leader Carl I. Hagen, known for hardline rhetoric on immigration, sparking a storm of protest among other parties.

Parliament ultimately ruled that Hagen was ineligible to sit on the committee because he was an alternate lawmaker.

If Rasmussen were chosen, he would be the first non-Norwegian on the committee, but the Nobel Institute says the rules do not bar foreigners.

Seating a former leader of a military alliance would likely raise eyebrows, but Institute director Olav Njølstad told AFP that the Committee “does not have an opinion on persons chosen by parliament.”