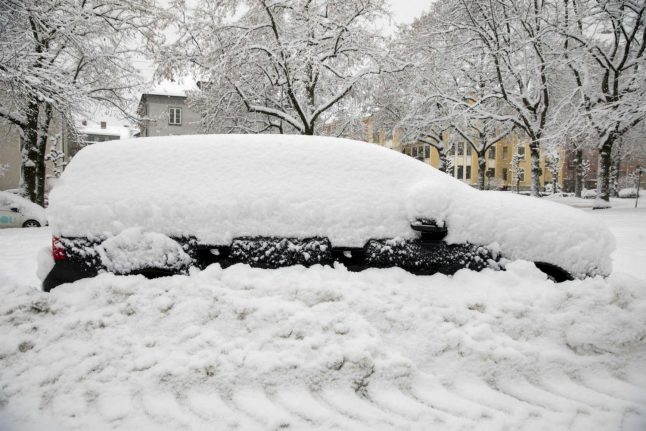 Officers became the target of the man’s icy ammunition as they responded to reports of a disturbance at a youth party in the southwestern city, reports NRK.

“Never before have I seen brawling of this nature at a party,” lead responding officer Jon Endre Skeie of the West Police District said in Bergen District Court on Tuesday, according to the report.

The case dates from April 2017, when police were met by youths throwing bottles and stones when they responded to reports of an unruly party at a house in the Åsane district. The partygoers were asked to leave the house on several occasions but threw stones, plant pots and snowballs at officers, writes NRK.

“Violence against officers is a serious offence and is illegal. It is possible to issue fines in less serious circumstances, but in this case we are past that,” police attorney Kjetil Linge Tomren said according to the broadcaster’s report.

Seven people were arrested at the party, which was described as being “completely out of control”.

The 21-year-old was charged with violence against officers in June last year and was accused of throwing snowballs and biting a policeman during the incident.

He denied the charges and said he did not remember the sequence of events.

“What happened is not something I would usually do. The intention was not to hurt anyone, just to get away from the police,” he said in court according to NRK.

Defence lawyer Jostein Alvholm requested a sentence of 20-30 days imprisonment. 21 days already spent by the man in police custody were subtracted from the final 30-day sentence. He was also ordered to pay costs.

“I see no reason for a harsher punishment, since the most important thing here is a generally preventative effect,” Alvheim said.

No similar incidents have been reported during heavy snowfall in Oslo this week.