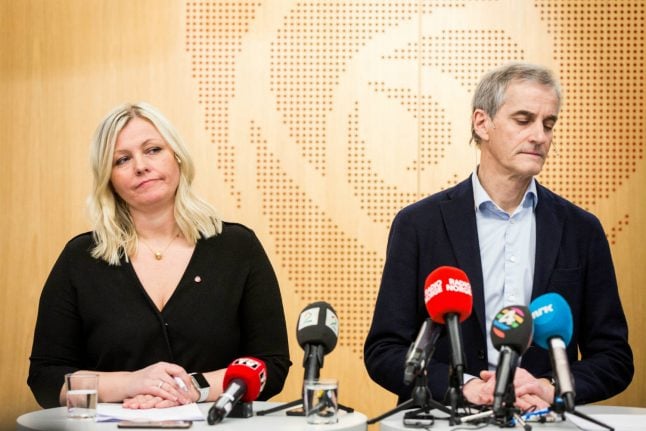 On December 21st, Giske apologised for his conduct as reports of past inappropriate behaviour towards female colleagues at Labour social events began to gather pace.

The following evening, the deputy leader took leave from his role on health grounds.

The controversy has subsequently remained around the headlines in the Norwegian media throughout the holiday period. It appeared to reach a high point on Monday evening, when party leader Jonas Gahr Støre announced via a press statement the temporary suspension of Giske for an undefined period.

“In light of the demanding situation in which the party finds itself, as well as the nature of the case, Giske and I have agreed that he will be relieved of his duties as deputy leader indefinitely,” Støre said in the statement.

In a message posted to his Facebook profile, Giske admitted his position was untenable.

“I have today [Monday, ed.] informed party leader Jonas Gahr Støre and party secretary Kjersti Stenseng that I see the current situation as one in which it is impossible for me to carry out my duties as Labour deputy leader well,” Giske wrote.

In the post, the now-suspended deputy leader repeated his apology for what he described as “subjecting other people to discomfort and problems through my previous behaviour.”

He also wrote that some of the accusations against him were “baseless” and “false accusations”, and that his side of the story should be heard.

Following a meeting on Tuesday between leading Labour figures and legal experts, Støre said that he believed all the internal reports received by the party over the issue and distanced himself from the statement posted by Giske on Facebook.

“We believe the reports,” Støre said according to broadcaster NRK.

“I reject the choice of words in Trond Giske’s Facebook post yesterday [Monday, ed.], because it can give the impression that the reports are being looked at doubtfully. I would like to stress that none of the reports I have received contain false caims,” Støre told NRK.

Støre also said that a decision is yet to be taken on Giske’s long-term future.

“Here it is me that’s in charge. I’ll take that decision, the central leadership will support that,” Støre told NRK.