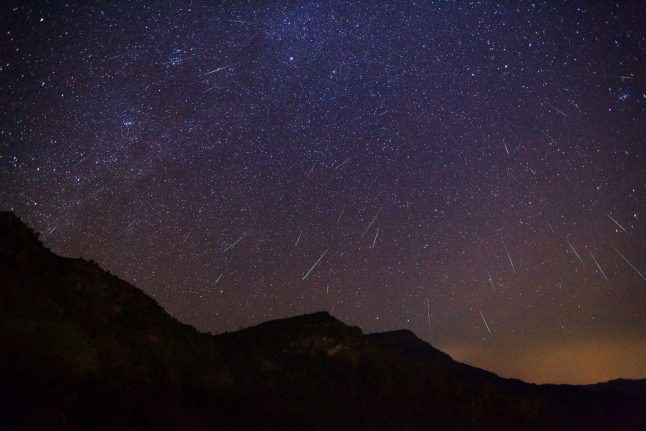 Up to 120 shooting stars per hour could be visible as the meteor shower passes over the country, reports NRK.

The meteor shower, the Geminids, passes the earth every year, but may be particularly visible in 2017 due to favourable lighting conditions provided by the new moon.

Peak activity is expected at around 7:30am on Thursday, but a good probability of seeing the phenomenon is also expected on Wednesday evening.

The meteor shower will be visible from all over the country, but observation points not affected by lighting from buildings are recommended for the best possible viewing conditions.

Enthusiasts from all over Norway are expected to come out to watch the shooting star show.

“The reason we see the Geminid shower is that the earth passes through the closest part of a dust belt from the asteroid 3200 Phaethon. Dust and grains of sand enter the atmosphere at 127,000 kilometres per hour and burn up due to the heat from air resistance,” astrophysicist Knut Jørgen Røed Ødegaard and science fiction author and speaker Anne Mette Sannes, who run the Astroevents.no website, told NRK.

Researcher Pål Brekke told the broadcaster that the origins of 3200 Phaethon are unknown, but that many consider it to be an extinct comet that has lost its ice and frozen gases after passing close to the sun many times.

“The Geminids first appeared in 1862, while 3200 Phaethon, the source of the shower, was discovered as recently as 1983,” Brekke said.

“The meteor shower activity varies from year to year, and it is often a complicated matter to predict how beautiful a shower will be. Conditions such as the weather, phase of the moon and local lighting conditions also play a big role in visibility. The darker the night sky, the better,” he added.

Brekke said to NRK that the shower will be visible from anywhere in Norway.

“(It) can be seen with the naked eye, there is no need for a telescope,” he said.