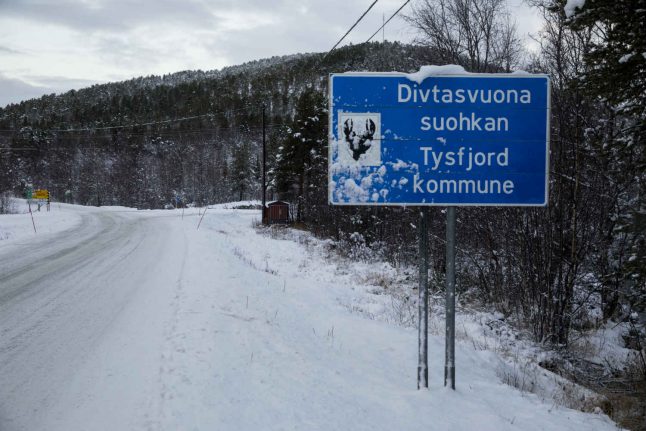 The case has highlighted longstanding distrust between national authorities and the indigenous Sami community, of which most victims and suspects are part.

An investigation was launched after newspaper VG last year published testimonies of 11 men and women claiming to have been assaulted in Tysfjord, a northern municipality located above the Arctic Circle with less than 2,000 inhabitants.

A new police report identified 82 victims aged between four and 75, and 92 suspects, including three women, with some falling into both categories.

Around 70 percent were members of the Sami community. Many were also followers of Laestadianism, a conservative Lutheran revival movement.

Two people have so far been charged with 10 assaults in total, the police said, adding that more indictments could follow.

The report showed that of the 151 sex assault cases — including 43 rapes, three of them on children — more than 100 were dropped mainly due to the statute of limitations. Some cases date as far back as 1953.

“The police have no reason to believe that ethnicity or religious beliefs are an explanation to the assaults that took place,” police officer Tone Vangen told a news conference.

But she stressed that certain “mechanisms” in this community “have made it difficult for things to emerge”. She said some suspects had turned to religion for repentance instead of the judicial authorities.

There's “a strong need to close the ranks in the family in a situation where the Norwegian society is looking down on you,” Vangen added.

But she also apologised for police having failed to act after several complaints had been filed.

Lars Magne Andreassen, director of a Sami cultural centre in Tysfjord, told AFP that he was divided between “pain” and “pride”.

“It's painful to note that there have been so many cases over so many years… and serious for some,” Andreassen said but expressed “pride over society daring to break the silence”.

“In the Tysfjord case, silence of the victims was met with a similar silence from the authorities,” he said.

“It's not so much the fact that the Sami have a cultural problem which we should clean up but the fact that no one has listened to them,” Andreassen added.

“The scope (of the facts) is huge,” the mayor of Tysfjord Tor Asgeir Johansen told Norwegian news agency NTB.

“This is a small community and this of course affects it,” he added.

The Sami population is estimated between 40,000 and 60,000 in Norway but this figure is difficult to count accurately due to migratory flows and ethnic blends.

Samis received an official apology from Norway's King Harald in 1997 for facing discrimination.

Their way of life, which is closely associated to nature, has become threatened by mineral mining, wind farms and extensive logging, which are encroaching more and more upon reindeer herding grounds and fishing areas.