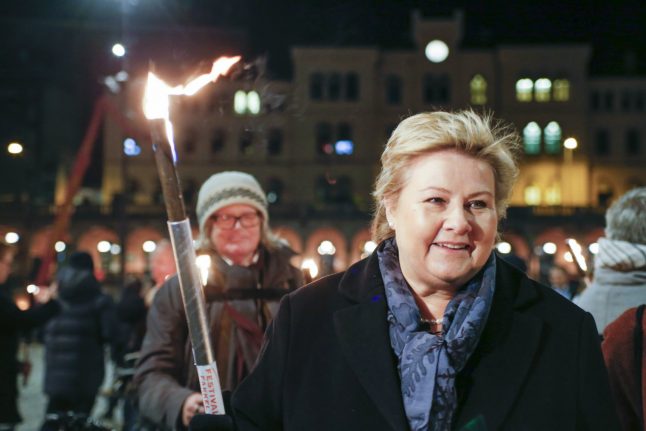 Known as Kristallnacht (Crystal Night) or Krystallnatten in Norwegian, the events marked a dramatic escalation of persecution of Jews in Germany, with windows of Jewish-owned stores, buildings, and synagogues smashed. The name Kristallnacht comes from the shards of broken glass that littered the streets after the acts of persecution.

Norway recently also saw the anniversary of what is considered to be the beginning of the holocaust in Norway during the Nazi occupation of the Scandinavian country.

The march, which was organised by Jewish community organisation Det Mosaiske Trossamfunn along with the Norwegian Centre Against Racism, set out from the Youngstorget square and culminated at the National Theatre, where Solberg gave a short speech, reports VG.

“After 1945, many hoped that antisemitism would be eradicated. Unfirtunately, things didn’t turn out that way, and we have not yet reached our goal,” the PM said, citing hidden and open anti-Semitic views being expressed in new ways, including through neo-Nazi marches in both Norway and Sweden.

Solberg added that Jewish children are still subject to abuse and harassment based on their background.

She added that other minorities also experience discrimination.

“Norwegian society is diverse. Norway is Jews, Muslims, atheists, Christians, Samis, Roma, heterosexual and homosexual, and much, much more,” the PM said.

Prejudice and harassment should not be allowed to spread through society, she added.

READ ALSO: PM: Neo-Nazis can't be allowed to ‘get a foothold in Norway' 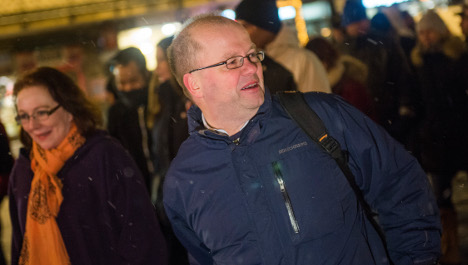