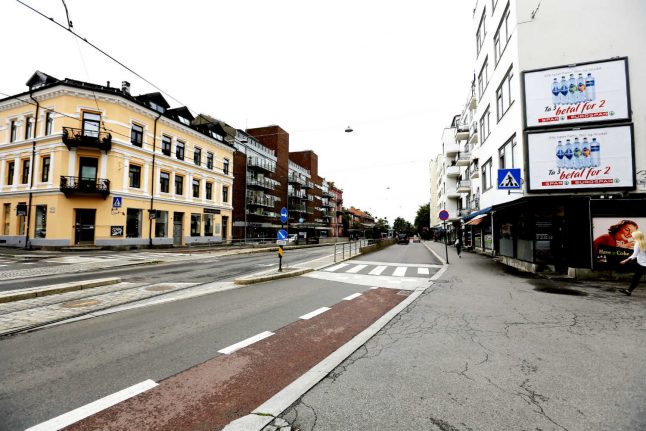 Police were alerted to a collision between a Volvo S60 and a parked car on the Balders gate street on the night of September 29th-30th, reports newspaper VG.

The car had diplomatic licence plates and the driver appeared to be intoxicated, according to the report.

VG writes that the driver attempted to leave the scene of the accident before being detained by a police patrol.

Police subsequently contacted the Ministry of Foreign Affairs, which confirmed that the driver was eligible for diplomatic immunity.

He was described by the police patrol as “clearly intoxicated” and “staggering”, writes VG.

“The matter has been registered as an offence for which charges will not normally be pressed, since he has diplomatic immunity. The Ministry of Foreign Affairs will take over the case in regard to the embassy,” section leader Frode Andreassen of Oslo Police District told the newspaper.

Andreassen added that the incident was a “minor traffic accident with minor injuries”.

“We have received a report from the police of a foreign diplomat who is suspected of driving in an intoxicated condition. We take breaches of the law seriously and will follow up on the incident in accordance with established protocol,” Ministry of Foreign Affairs press advisor Marte Lerbeg Kopstad told VG.

The Russian Embassy in Oslo declined to answer a request by the newspaper for comment over the incident.