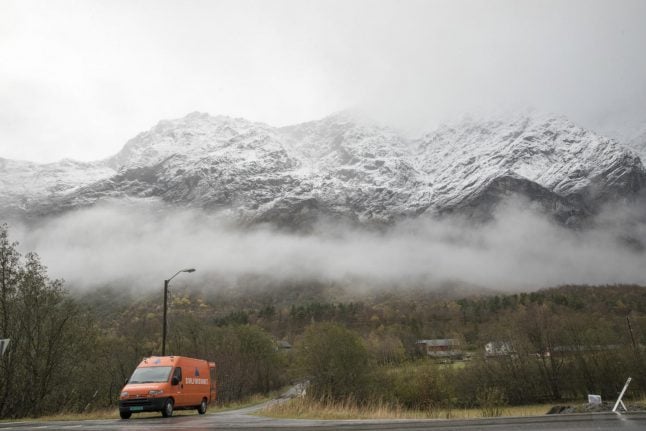 Meteorologists have warned of snow and wind and have sent out weather warnings over potential hazardous driving conditions on southern Norway’s mountain roads on Tuesday, reports news wire NTB.

“It looks as though snow may fall at [altitudes as low as] 500 metres in inner Agder,” national meteorologist Siri Wiberg of the Norwegian Meteorological Institute told Fædrelandsvennen.

Wiberg said that motorists should be observant and monitor closely weather and driving reports.

“Many people still have summer tyres. The outlook for temperatures in the inner districts is uncertain, but if it snows there may be up to ten to 12 centimetres,” she said.

Weather on the coasts will be considerably milder with temperatures reaching up to plus ten degrees Celsius (50°F), according to the report.

The village of Hovden in Agder was the coldest place in the area on Monday night, with temperatures of minus nine Celsius (15°F) recorded.

“It while be milder approaching the weekend, and the mountains will become slushy. The winter has not really arrived yet,” she said.