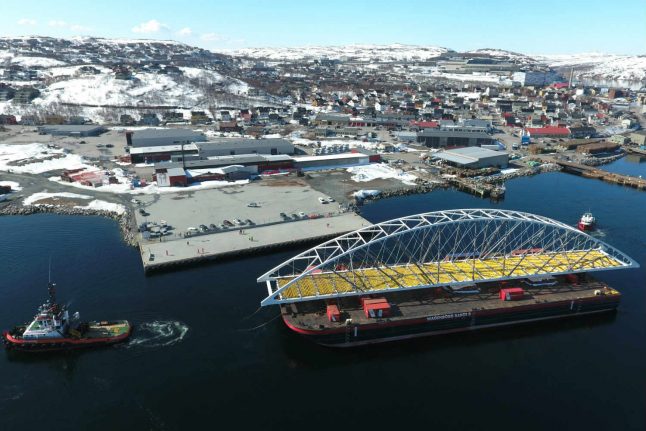 In addition to the blessings, which were given in Norwegian, Russian and Sami, Transport Minister Ketil Solvik-Olsen and Russian Deputy Transport Minister Sergey Aristov tied a ribbon together, preferring the symbolism of this to the traditional cutting, reports broadcaster NRK.

“What is special here is that we have collaborated with Russian transport authorities for a long time and built on both sides. That’s why we now have a better connection between Kirkenes and Murmansk,” Solvik-Olsen told the broadcaster.

The partnership from both sides over the project demonstrates mutual respect and recognition of the need to improve ties between the countries, Solvik-Olsen said.

“I am very glad that the transport ministers of both countries have prioritised coming to Kirkenes. It shows that they consider the northern region and partnership between our two countries important,” regional road leader Torbjørn Naimak told NRK.

The relationship between Russia and Norway has been cool since the former country’s annexation of the Crimea peninsula in 2014.

But outgoing Foreign Minister Børge Brende’s visit to Russian counterpart Sergei Lavrov earlier this year, along with today’s ceremony, raises hope of a thaw in in relations through improved connections in the north, according to the report.

The Russians have extended road connections from the city of Murmansk to the Norwegian border as part of their side of the project.

Norway has invested 800 million kroner (85 million euros) in the two new connections across the Bøkfjord – the Bøkfjord bridge and the Trifon Tunnel.

The type of border station to be placed at the new crossing will be decided as soon as possible, according to Solvik-Olsen.

“We know there is much work to be done. Everything is ready on the Norwegian side, and much has been done on the Russian side,” the minister told NRK.

The last 400 metres of road connecting the two countries will be built once agreement is reached on the border post, reports NRK.