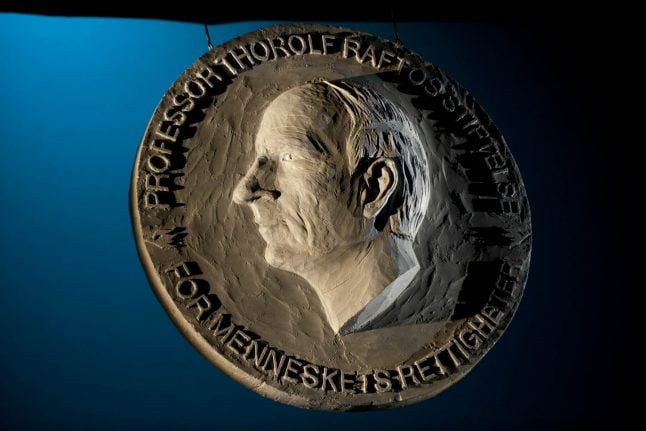 The prize of $20,000 (17,750 euros) will formally be presented to Parveena Ahanger and Imroz Parvez on November 5th in the western Norwegian town of Bergen.

Named after the late Norwegian human rights activist Thorolf Rafto, four past winners of the prize (Aung San Suu Kyi, Jose Ramos-Horta, Kim Dae-Jung and Shirin Ebadi) went on to win to Nobel Peace Prize, whose laureate for 2017 will be announced on October 6th.

Ahanger, nicknamed “The Iron Lady of Kashmir”, founded and leads the Association of Parents of Missing Persons after her 17-year-old son was kidnapped by security forces in 1990. She hasn't heard anything from or of him since.

Her co-laureate, lawyer Parvez, founded the Jammu Kashmir Coalition of Civil Society (JKCCS) which promotes human rights and non-violence. It has documented the authorities' use of torture in the state of Jammu and Kashmir.

“Parveena Ahangar and Imroz Parvez have long been at the forefront of the struggle against arbitrary abuses of power in a region of India that has borne the brunt of escalating violence, militarisation and international tension,” the Rafto Foundation said in a statement.

“Their long campaign to expose human rights violations, promote dialogue and seek peaceful solutions to the intractable conflict in Kashmir has inspired new generations across communities,” it added.

Kashmir has been divided between India and Pakistan since the end of British colonial rule in 1947 but both claim the water-rich territory in full.

From 1947-1949 the two nations fought over Kashmir, a Muslim-majority state which ended up being divided along a de facto border still disputed today. A second war over Kashmir in 1965 ended in stalemate.

In late 1989 Muslim separatist groups launched an anti-India uprising in Kashmir that was later taken over by Islamist guerrillas.

Since then the insurrection has killed tens of thousands of people, mostly civilians.

Between 8,000 and 10,000 people have gone missing since the beginning of the escalation in the 1980s, according to the Rafto Foundation.