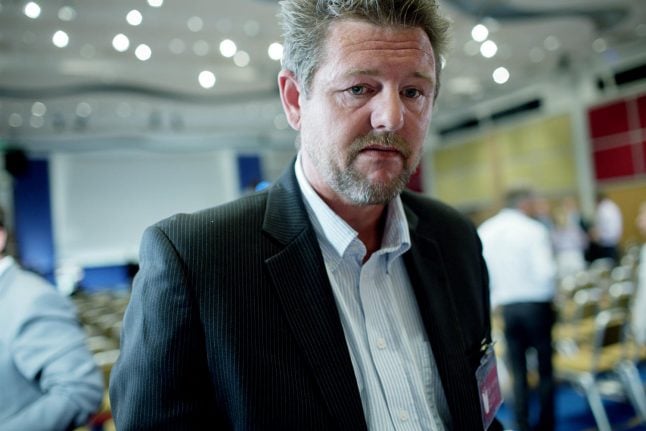 Leadership of the local Agder Police District attended a meeting of local leaders in the town earlier this week to explain why they did not intervene during the march, reports the Fædrelandsvennen newspaper.

Local politician Blattmann, whose son was killed during the July 22nd, 2011 terrorist attacks by white supremacist Anders Breivik on the island of Utøya, unleashed a furious diatribe at the police representative, according to minutes recorded by Fædrelandsvennen.

“I am livid with you. You are offering legal terminology and excuses for what you did. I think it is shameful,” Blattmann said according to the report.

Police explained at the meeting that they did not have authority to intervene during the demonstration, in which 70 supporters of the extreme right Nordic Resistance Movement marched through Kristiansand’s main thoroughfare.

Police said that 50 of the demonstrators were from Sweden, 17 from Finland, and three from Norway.

“This was a demonstration of aggression, not free expression, and was exclusively intended to create fear in society. You refused to stop it. We will damn well not accept it anymore,” Blattmann, who represents the Labour Party, said.

“This is not something I or anybody else wishes to see repeated in the streets of Kristiansand. We made an assessment, and take the position that we must protect freedom of speech,” Sundvoll told Fædrelandsvennen.

READ ALSO: PM: Neo-Nazis can’t be allowed to ‘get a foothold in Norway’ 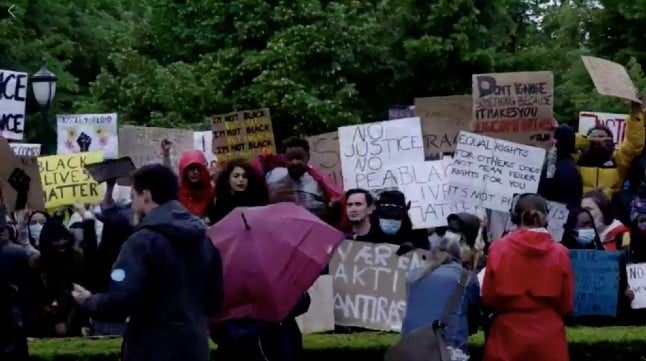 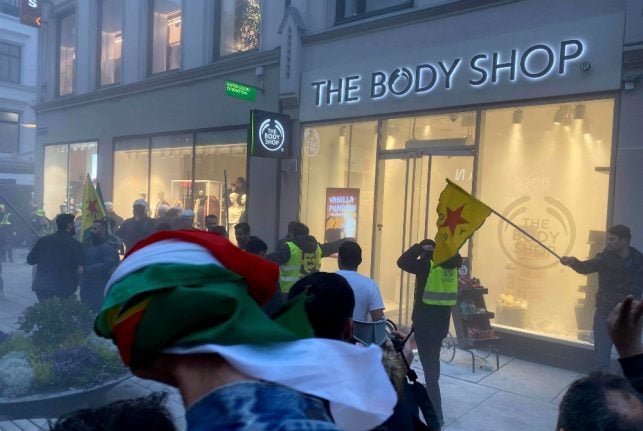 As many as 15,000 people attended the demonstration. Photo: Screen Grab
According to the Dagbladet newspaper, police believe between 12,000 and 15,000 were gathered in Eidsvoll Square outside the Norwegian parliament on Friday afternoon to show solidarity with those in the US protesting the death in police custody of George Floyd, as well as to protest racism and police brutality in Norway.
But while the scale of the protests underlined the importance of the issue, it also posed a health threat, deputy health director Espen Rostrup Nakstad told Norway's state broadcaster NRK.
“If you gather a lot of people in one place, the likelihood that one of them is ill without the person even knowing it is not negligible,” he said.
“Then we can get a superspreader situation, where you are close to each other, and one person infects a lot of people. Then we suddenly could have a small outbreak in Oslo, and we want to avoid that.”
He said it was important that all who attended the demonstration get tested if they experience any symptoms in the coming days.
A study by Ben Cowling at Hong Kong University recently estimated that 70 percent of the those infected with coronavirus did not pass on the disease, and that 20 per cent of Covid-19 patients are responsible for 80 percent of transmissions.
Most transmission now appears to take place at superspreader events, such as choir meetings, gym classes, business conferences, and also, potentially political demonstrations.
While the protest's organisers on Thursday night said they would try to ensure that the protest respected social distancing guidelines, with no single group of more than 50 meeting, many people on the Facebook page said before the event that they intended to break the guidelines.
READ ALSO: Oslo organisers agree to socially distanced George Floyd protest
In the end, thousands of protesters gathered in front of the Norway's Storting parliament, holdings signs saying “Black Lives Matter”, “We can't breathe”, or “No Racism on Our Streets.”
Many people dropped a knee, a symbol of honouring victims of police violence.
Police said that they would not enforce either the one-metre rule or the rule limiting gatherings to 50 people.
“The police and society at large value freedom of speech, so the police will not do anything against the fact that there is a larger crowd gathered here now,” police chief Svein Arild Jørundland told NRK.
At 3.30 in the afternoon, around 150 to 200 protesters gathered outside the US embassy on Oslo west, and an hour later the crowd had swelled into the thousands.
You can see a live stream of the event below:
SHOW COMMENTS 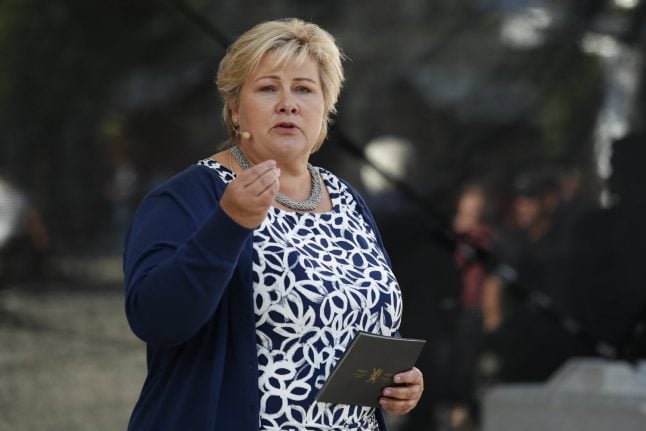 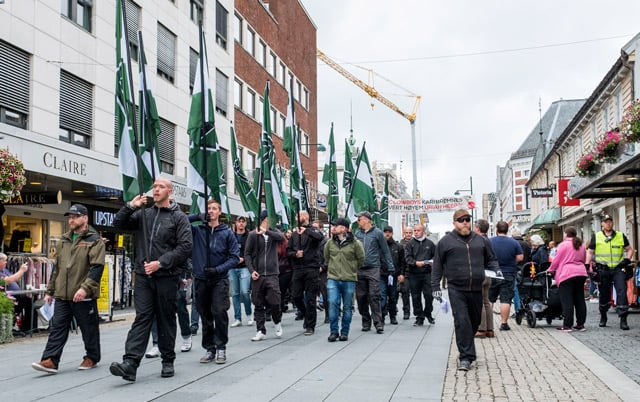 NEO-NAZIS
PM: Neo-Nazis can’t be allowed to ‘get a foothold in Norway’
Url copied to clipboard!