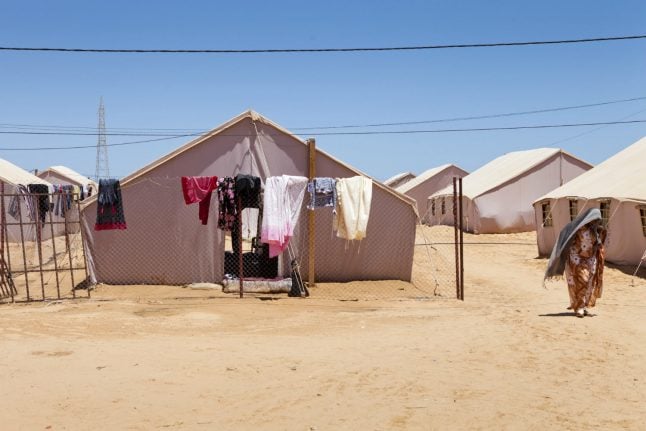 The UN High Commissioner for Refugees (UNHCR) recently requested help relocating 40,000 of the quota refuges currently temporarily housed by the UNHCR in Libya and other countries in the region.

The quota system enables the UN to relocate refugees whose needs cannot be met in countries that neighbour the conflicts they have fled from.

This might include refugees needing special protection, torture victims, unaccompanied women or children with rare illnesses.

The UN is currently able to relocate one percent of its registered refugees, although as many as ten percent actually need to be relocated, according to a report last week by Danish newspaper Politiken.

The commissioner has now sent a letter to all EU and Schengen member countries, including Norway, encouraging the individual states to take positive action.

“I asked them in the letter to be as ambitious as possible, and I asked them in particular to increase their efforts to take in quota refugees from North Africa and the Horn of Africa,” Avramopoulos said according to NRK’s report.

The target of the EU is to help refugees in countries such as Libya, Egypt, Niger, Ethiopia and Sudan, through which many migrants travel as they attempt to reach Europe via the Mediterranean Sea.

Avramopoulos stressed the need to take in people from these areas as well as from Syria, calling in his letter for governments to be “as ambitious as possible” in their assessments of how many quota refugees can be relocated to their countries.

The letter from the commissioner was sent to Listhaug on August 25th, reports news agency NTB.

The UN has requested Norway and other countries submit new limits for the numbers they are prepared to accept by September 15th, writes NRK.

Two years ago, the EU ratified an agreement for the relocation of 120,000 refugees.

Only a small fraction of that number is currently living in the various countries, according to the report, with the UN stating that three percent of the agreed number had been rehoused after one year.

Avramopoulos also said that he agreed with the need to strengthen the EU’s borders in the wake of a string of terror attacks in cities in member states.

“The commission recognises the new security challenges. That was demonstrated by recent terror attacks in Barcelona and Åbo,” the commissioner told journalists after a meeting with EU foreign ministers, according to NRK’s report.

Norway, Denmark, Austria, France and Germany have all have implemented temporary control on their Schengen borders since 2015.

Those countries are now seeking to changes Schengen rules in an effort to enable the controls to be extended.

READ ALSO: 'Good time to take in your share of refugees': UN to Denmark