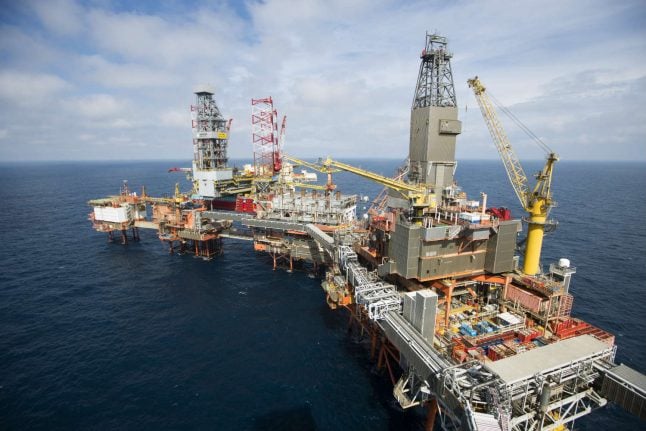 'Black gold' has enabled Norway to build up the world's largest sovereign wealth fund, currently worth close to $1.0 trillion. Yet several small political parties have raised their voices ahead of the country's legislative elections on Monday to make sure Norway puts its oil days behind it.

“We want the end of all new oil exploration,” Rasmus Hansson, one of two co-leaders of the Green Party, told AFP. “We will not support a government that doesn't accept our ultimatum.”

The party, which according to several opinion polls could end up in the position of kingmaker, also wants to phase out Norway's entire oil industry within 15 years.

A country of 5.3 million people, Norway has become very much aware of just how much it depends on oil — especially since the recent drop in prices has erased 50,000 jobs from the industry.

“The sharp fall in oil prices since summer 2014 will put the economy to the test in the period ahead.”

The gloomy prospect has highlighted the importance of a Norwegian “conversion” to new sources of income — to use a now-popular catchphrase in the country.

But what could possibly replace the lucrative oil industry is the million-dollar question Norway is struggling to answer. Vague ideas have been floated, such as green energy and seafood, but nothing that is seen becoming the cash cow that oil is.

The 2015 Paris climate accord has meanwhile raised further awareness about the need to reduce greenhouse gas emissions.

“Planet Earth cannot support any more oil activities. In addition, these would only increase the uncertainty surrounding the Norwegian economy and jobs,” Hansson said, pointing to the prospect of the oil and gas industry being overtaken by renewable energies.

To counter the drop in the oil price, Norway has slashed its key interest rate to a record low and adopted an expansionary budget policy. The right-wing government even tapped into the sovereign wealth fund for the first time last year.

Surprisingly, winter seems to have already departed — at least judging by the latest growth figures: 0.7 percent in both the first and second quarters.

And with it, the sense of urgency to transform the economy.

“The oil crisis is over, it wasn't as expensive and harsh as we thought it would be,” noted Nordea economist Erik Bruce. “The conversion from oil activities to new activities will surely proceed more slowly now,” he predicted.

According to a poll published at the end of August, 70 percent of Norwegians think it is important to preserve the country's oil and gas industry, while only 16 percent disagree.

The two main political parties, the ruling Conservatives and the opposition Labour, have both rejected the Green Party's ultimatum, even though both need to seek out allies to form a government.

The two parties see no reason to deprive themselves of an asset that still accounts for 12 percent of gross domestic product and 36 percent of exports.

And even though Norway's crude oil production has been halved since 2001, finding alternatives as lucrative as oil is difficult.

The government of Conservative Prime Minister Erna Solberg has long hammered home the need for a “conversion” — all the while opening up new swathes of the Arctic to oil prospecting, in a bid to compensate for shrinking North Sea fields.

Greenpeace and another environmental group have even sued Norway over the matter, arguing that the push into the Arctic violates the right to a healthy environment as guaranteed by the Norwegian constitution, and breaches the spirit of the Paris accord.

The outcome of the case, to be heard in Oslo in November, will also be of interest for the Lofoten islands — an idyllic and pristine archipelago popular among tourists and the fishing industry and which the oil industry has set its sights on.

The waters there are believed to be brimming with oil and gas.

Fierce opposition from small parties on the right and left wings is all that has blocked an “impact study” on the Lofoten islands, the first step to exploration.

For the government, the oil industry will remain the country's cash cow “for many decades to come”.

“We can't dismantle the most lucrative industry in Norway by replacing it with pipe dreams and wishful thinking,” the head of energy issues for the Conservative Party, Tina Bru, said earlier this month.

READ ALSO: Climate could be key for Norway's conservative parties 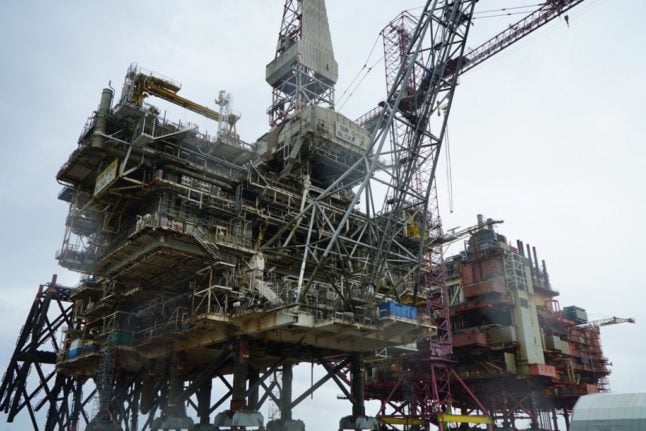