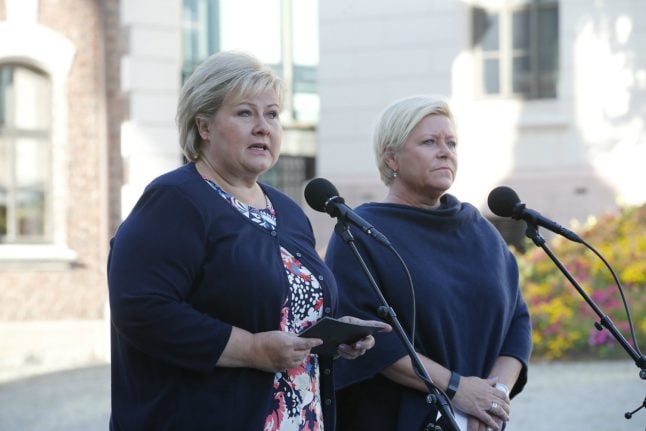 The proposal by the nationalist Progress Party (Fremskrittspartiet, Frp) had no support from other parliamentary parties, Solberg said.

“Frp has always been of the opinion that people whose asylum applications are rejected should be held in secured facilities. They have not received backing for that, and we agree with this [the lack of backing, ed.],” the PM told NRK.

“This is an old Frp proposal that I heard Sylvi [Listhaug, minister for immigration and Frp MP, ed.] repeat yesterday, but it is not a foundation for this government and is not going to become one,” Solberg continued.

The PM said that detaining rejected asylum seekers was “not government policy”.

Listhaug came in for criticism after she said on Thursday that asylum seekers arriving in Norway without definitive identification or papers should be held in secured facilities until their identity could be confirmed.

Asylum seekers whose applications are rejected but do not leave Norway of their own free will should also be detained, she said.

International human rights conventions should not be allowed to take precedence over the necessity of the measure, Listhaug told NRK.

But Solberg dismissed the notion that human rights conventions could be renegotiated following the September 11th election.

“We must use secured facilities more, but we will not broaden the scope of who can be detained in them,” she told NRK.

“Frp has always said this. That they are saying it again during the election campaign cannot come as a surprise to anyone. But it is not the policy of the other conservative parties,” she added.

“We believe that it is possible to ensure the security of Norwegians, fight terror and have a responsible immigration policy within the parameters of the human rights conventions,” Solberg said.