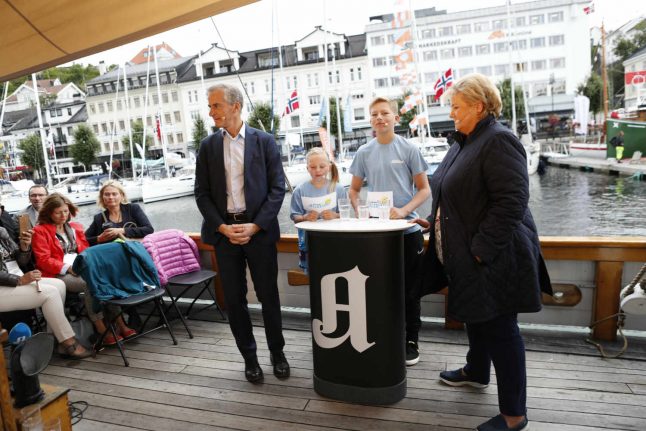 16 percent of those asked responded that they had not yet decided whom they prefer.

The poll, conducted by Norstat on behalf of NRK, comes after last week’s revelation that Støre’s Labour Party had fallen behind in the polls for the first time in nine months.

Solberg told NRK that she was delighted with the numbers.

“It is great that so many people want me as prime minister. I think it shows that people can see the growth in the economy, unemployment is going down and more people are finding work while welfare is also improving,” she said.

The poll was conducted prior to a debate between the party leaders on Monday last week, at which many commentators said that Støre expressed his message more clearly than Solberg, writes NRK.

“Both Solberg and I are in a strong position and these polls change. What counts is election day on the 11th of September, and achieving a majority for a new government that prioritises more teachers in schools and better care for the elderly over new tax cuts for those that already have the most,” the Labour leader said to the broadcaster.

A similar poll conducted by NRK in June resulted in a dead heat between the rival party leaders, while the new poll, conducted between August 8th – 14th, is the best for Solberg so far this year.

Last week’s poll also showed a majority for the conservative bloc of parties for the first time this year.