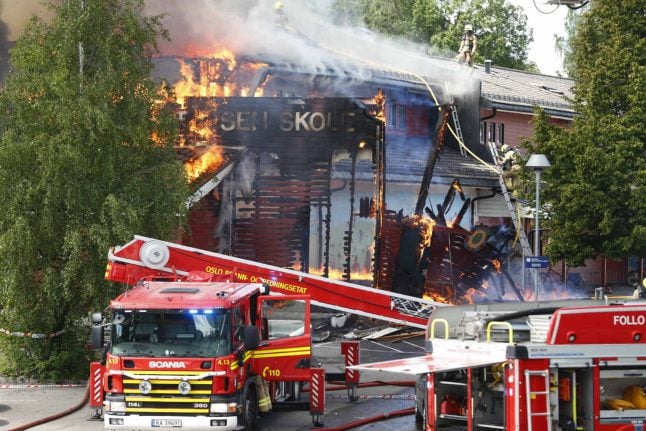 Parts of the school are almost completely destroyed after the fire on Wednesday afternoon, reports NRK.

13 fire engines and 31 firemen were dispatched to put out the fire in Holmlia, which was visible from the centre of Oslo. No injuries have been reported.

Police now believe that the fire was set deliberately.

“Information from witnesses gives us cause to believe that [the fire] was started deliberately, and technical examinations will further answer this,” police prosecutor Bente Vengstad told NRK.

The fire started at around 2:30 pm Wednesday, after the school day had ended.

But 124 students taking part in after-school activities had to evacuate the building. National police are receiving support from police security agency Kripos in the investigation of the fire, reports NRK.

“Some youths have been arrested in connection with the case and have been taken in for questioning. But it is too early to say anything more than that,” said Vengstad.

Police have called for potential witnesses in the area who may have seen something to come forward.

The school suffered a previous fire in 2007, which a 15-year-old was convicted of starting with a burning sweater.