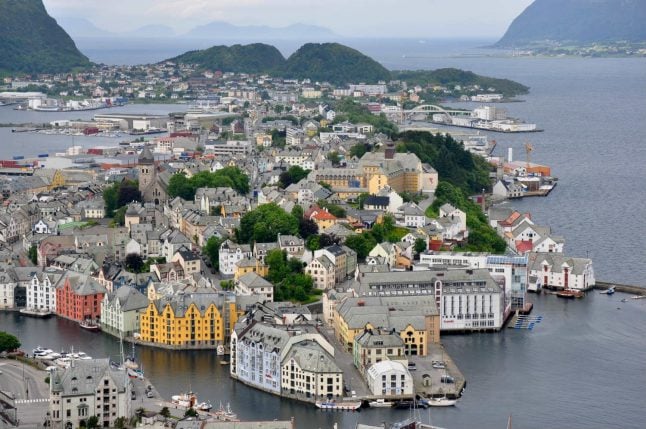 View from Aksla. Photo: Marie Peyre
Climb the 418 steps to the Fjellstua Viewpoint for stunning views over the city. From there you can see the distinct shape of Sukkertoppen Mountain to the left (south), and the islands of Godøya and Giske in the distance (west), as well as the art nouveau city spreading at your feet. Particularly scenic on a clear sunny day or after nightfall, when the city lights come on.
Take a hike on the small island of Godøy, a few kilometres west of Ålesund. The hamlet of Alnes used to be one of the most important fishermen's settlements in the region. The original Alnes Lighthouse was built in 1852, but the picturesque building that stands today (and is a listed one) dates back to 1937. It houses a little cafe and an art gallery, and is popular with visitors.
Sample bacalao at one of several superb fish restaurants. Did you know that more than two thirds of the world's production of klippfish is loaded on board ships that sail from Ålesund? So this is the perfect place to try the 'bacalao de Noruega'. XL Diner has established a reputation as one of the best bacalao restaurants in Norway, and combines traditions from South-Europe, South-America and Norway. Sjøbua and Maki Restaurant inside Hotel Brosundet are two other good addresses in town.

Bacalao. Photo: XL Diner
Cast a line. The coast and fjords around Ålesund are home to some of Norway's best fishing grounds, and fish abounds in these waters. Several operators in Ålesund offer days out at sea, but you can also try your luck from the quayside. The odds are you are unlikely to come home empty-handed, whatever option you opt for.

Maud fishing boat. Photo: Marie Peyre
Go for a drive. Geirangerfjord-Trollstigen is one of Norway's famous National Tourist Routes, blending stunning scenery with equally spectacular architecture. Allow a full day for the trip to make sure you have time to stop at the various view points and rest areas, take photos, stretch your legs, maybe have a bite to eat, etc. The 11 hairpin bends of Trollstigen (literally 'the troll's ladder') and the view from Ørnesvingen down to the Geirangerfjord are sure to take your breath away, but there are plenty of other highlights along the way.

Trollstigen. Photo: Jiri Havran/Statens vegvesen
Join a guided city walk or wander the streets at your own pace. Ålesund burned down in 1904 and was rebuilt with the help of some top European architects of the time. Ålesund's streets are full of striking examples of Jugendstil architecture. End your tour at the Art Nouveau Centre to learn more about the history of the city.
Visit the award-winning Atlanterhavsparken, one of Scandinavia's best aquariums. Don't miss feeding time at the giant sea water tank. It's quite a spectacle, as the diver enters the tank and hundreds of fish gather around him to be hand fed. Then head outside to pay the penguins and seals a visit.

Photo: Marie Peyre
Go bird-watching on nearby Runde Island. The bird cliffs are the southernmost in Norway, and attract more than 500,000 sea birds during the nesting season, which lasts from February to August. Around 100,000 pairs of puffins nest here, but large colonies of great skuas, gannets and shags can also be observed at that time.
READ ALSO: Birdwatching in Varanger, Finnmark
Explore the 'The Royal Fjord Route' and two of the most stunning fjords in Norway, the Geirangerfjord and the Hjørundfjord. If time allows, do stop for a day or two in Norangsdalen at the delightful Hotel Union Øye – one of the most charming hotels in Norway. It was popular among visiting kings and queens in the 1890s, and is still attracting tourists from far and wide. A stay here is a step back in time. Hjørundfjord. Photo: Marie Peyre
Get a different perspective on the city from the water's edge and join a kayaking tour that will take you through picturesque Brosundet before crossing Aspevågen south of Ålesund. Because the waters are so sheltered the trip is suitable for beginners. More experienced kayakers might want to venture further afield and try fjord paddling for spectacular scenery. Tours and/or kayak rental are available in Geirangerfjord, Hjørundfjord, Norddalsfjord and Tafjord. 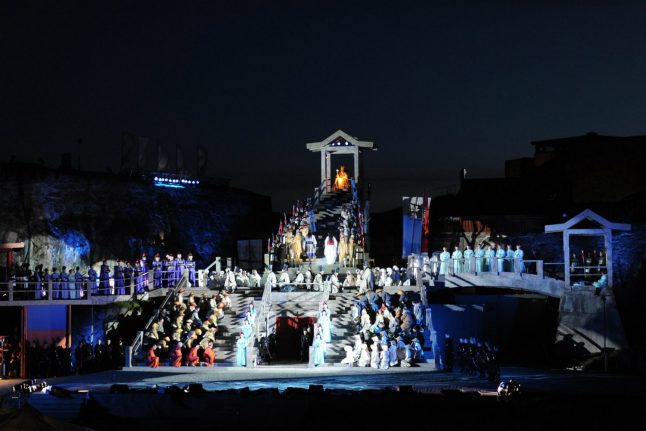 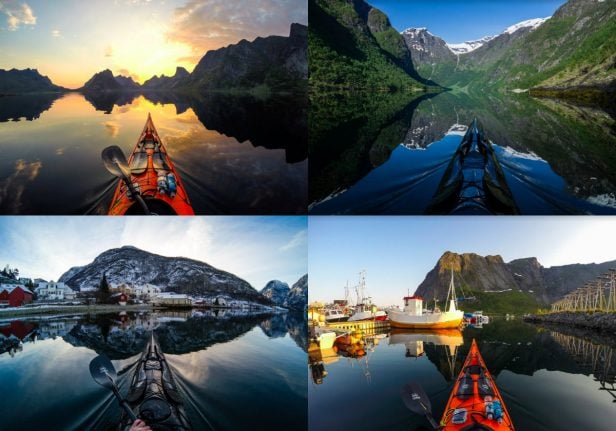 TRAVEL
Meet the locals: An interview with Tomasz Furmanek
Url copied to clipboard!