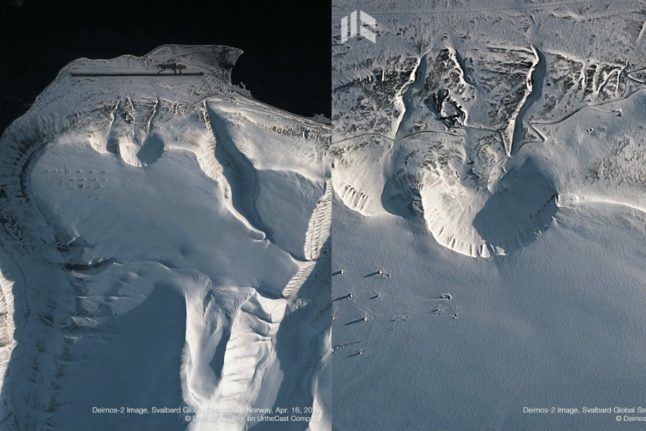 Earth observation company Deimos Imaging chose to release the seen-from-space images, captured by its satellite Deimos-2, after recent news that water from melting permafrost had entered the facility, which is situated deep inside a mountain on the remote Arctic Norwegian archipelago.

Dubbed the “doomsday” vault, the Svalbard Global Seed Vault is the largest of its kind and can store up to 2.5 billion seeds.

Reports emerged Saturday that a record warm summer and heavy rain at the end of winter had caused a flood in the vault’s entrance portal.

The first of the two images released by Deimos Imaging shows Svalbard’s airport, Longyear, at the top.

Located three kilometres northwest of the island's capital Longyearbyen, it is the northernmost airport in the world with public scheduled flights. On the bottom left of the image, the satellite ground station SvalSat can be seen.

The SvalSat facility consists of 31 antennas, which provide ground services to more satellites than any other facility in the world, including Deimos Imaging.

Deimos-2, the satellite that captured the images, is operated 24 hours a day, with a network of four ground stations, including the one shown on the satellite images.

The second image shows a zoom of the Svalbard Global Seed Vault. A Norwegian government spokeswoman told news agency AFP Saturday that the country would boost protection of the vault, which is designed to protect the world's crops from disaster.

Freezing temperatures inside the vault keep the seeds, sealed in packages and stored on shelves, usable for a long period of time. Permafrost and thick rock should guarantee the seeds are frozen and secured for centuries.

But in October 2016, the warmest year on record, melting permafrost caused water to leak about 15 metres into the entrance of a 100-metre tunnel inside the vault.

No damage was caused to the seeds and they remain safe inside the vault at the required storage temperature of -18°C (-4°F).

But the vault's managers are now constructing a waterproof wall inside for additional protection, said Hege Njaa Aschim, adding all heat sources would also be removed from inside the vault.

“We have to listen to climate experts (and) we are prepared to do anything to protect the seed vault,” Aschim told AFP.

Archive imagery can be used to detect and assess changes over time, according to Deimos Imaging.

“Satellite imagery is a great tool to timely and cost-effectively monitor and measure the effects of climate change, disasters and extreme weather variations all over the world, providing a key tool for research on land cover and land management, which can be used to analyse and mitigate climate change,” writes the company on its website.

The Svalbard vault was opened in 2008 with the aim to provide a “fail-safe seed storage facility, built to stand the test of time and the challenge of natural or man-made disasters,” according to the independent Global Crop Diversity Trust website.

Each country that deposits the seeds into the vault have control and access to their own material. 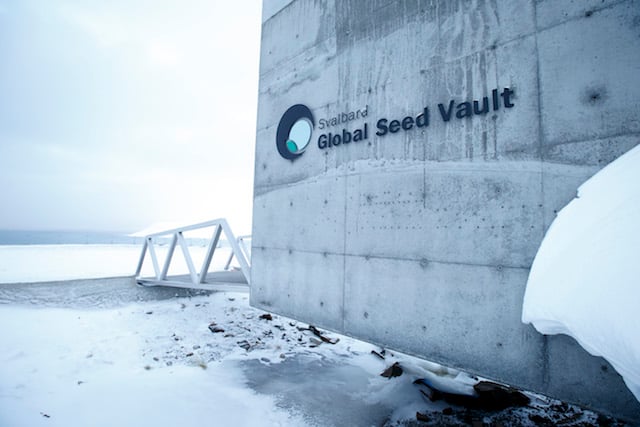 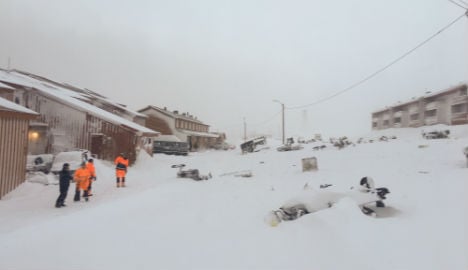