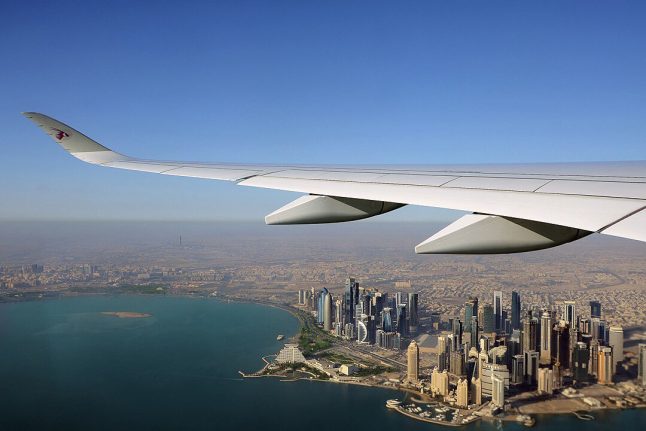 Mankind has always dreamed of flying.

It didn’t go so well for Icarus with his wings of feathers and wax, but the Wright brothers managed to make it a reality in 1903 – and it only took a few decades for manned flight to move from scraping across the sandy dunes of North Carolina to the cratered surface of the moon and back at supersonic speed.

And in the century that has passed, aircraft development has been going faster and faster. Aircraft manufactures and airlines are constantly trying to outdo one another – not that we’re complaining! Passengers these days can fly much farther, than ever before, all while lounging in outstanding comfort and with much less impact on the environment. It’s a win-win-win!

But what’s next?  People say even cars will fly in the not-so-distant future – so what will happen to planes?

Imagine flying from London to New York in less than an hour. Or jumbo jets that cruise through the air at breakneck speeds – without a pilot.

Imagine sitting down in an airplane seat that automatically adjusts to fit your body, and gazing out through transparent cabin walls offering panoramic views from 10,000 metres up in the air. (Hope you’re not afraid of heights!) Heck, ‘electric’ planes are already able to fly at more than 300 km/h – like a turbo-charged Tesla in the sky.

That being said, many of these innovations are still years away. And while A prototype hybrid electric passenger plane is probably at least two years away, and we’re still trying to figure out the ethical and legal implications of driverless cars, let alone planes. And for now, flying across the Atlantic will still have to be considered “long haul”.

But the very-real latest generation of aircraft already feature design and technological improvements that also seemed like science fiction not too long ago. And in some ways, these technological advancements are actually taking us back to nature – just without the feathers.

Take the Airbus A350 XWB – a staple Qatar Airways’ fleet – with its characteristic ‘winglets’. These curved wingtips – which help reduce noise and drag – may look familiar: they’re actually modeled to mimic the way a bird’s wing bends when it flies. And the biomimicry of the A350 XWB’s wing design doesn’t stop at looking like a bird. Its wings actually morph during flight, continually adjusting to changing conditions – just like a bird. (Only unlike the wings of Icarus, these ones won’t melt when it gets a bit too warm up there.)

Qatar Airways was the first airline to place an order for the A350 XWB, which now serves routes that connect passengers to destinations in Europe and Asia. But the fleet also features 30 Boeing 787 Dreamliners, another plane that pushes the envelope when it comes to innovative solutions.

You’ve probably heard about the Dreamliner and how great of an advancement it is – but do you understand why?

The Dreamliner’s mostly carbon-composite body makes the aircraft lighter and thus more fuel efficient. But it also means cabin pressure and humidity can be higher than in other aircraft…and you know what that means. No more feeling as parched and dry as a grape dropped on a sidewalk when you get off the plane!

But Qatar Airways already has plans to add even more mind-blowing aircraft to its fleet. Like the new Boeing 777X, which comes into service in 2020.

Parts of the plane, like sensors and fuel nozzles, will be 3D printed – already making it the coolest plane on the planet, probably.

But word has it the plane will also be the biggest and most efficient twin-jet aircraft in the world. The 777X will come in two variations, the 777-8 and 777-9, with the latter stretching an impressive 76.7 metres in length. That will make it even longer than the iconic 747 – which currently holds the title as the world’s longest passenger jet.

Still not impressed? The 777X will have folding wingtips that literally fold upward for storage when the aircraft is on the ground. The folding wing of the 777X. Photo: Boeing

That means the plane can reap the fuel efficiency benefits of a huge 71.8-meter wingspan with wingtips unfolded during flight while still being able to squeeze into tight spaces at airports built for planes with shorter wingspans. Yes, it’s an airplane that can have its cake and eat it too.

With aircraft featuring morphing and folding wings and 3D-printed parts, as well as in-cabin luxuries like a full-service bar or the QSuite business seats – Qatar Airways has already gone a long way channeling the spirit of innovation that has kept the industry moving forward.

Find out more about flying with Qatar Airways here.

This article was produced by The Local's Client Studio and sponsored by Qatar Airways.