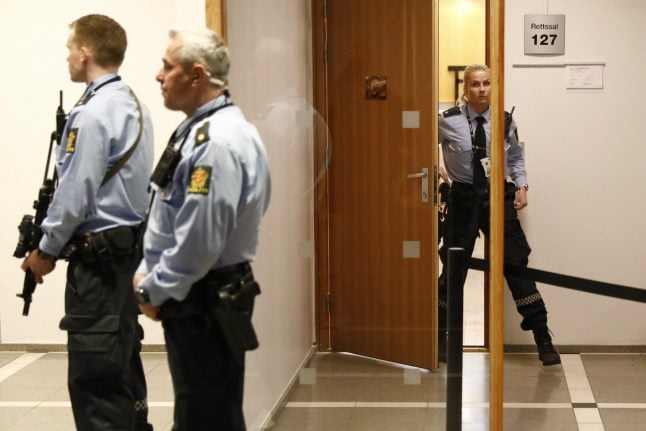 The Norwegian Police Security Service (Politiets sikkerhetstjeneste, PST) want the teenager to be charged with terror offences, which carry a maximum prison sentence of 15 years.

Defence counsel maintains that the incident in the Grønland district of Oslo was no more than a prank.

Following court hearings on Monday, PST revealed that the 17-year-old was carrying explosives when he was apprehended in the Norwegian capital on Saturday night.

“There was a container with lighter fluid and several nails attached to the outside,” police attorney Kathrine Tonstad told newspaper Aftenposten.

The device had a “limited” potential to cause injury, Tonstad said.

Per Jacob Nergaard, assistant general secretary with NGO Norwegian People’s Aid, who has previously worked in bomb disposal, told Aftenposten that the attempt by the teenager was “amateur”.

“The attempt by the 17-year-old was amateur, but in a small room with many people it could be serious. Nevertheless, the question is whether he would have been able to detonate it, and even if he had, the result would have primarily been heat and pressure,” said Nergaard.

“It might seem like a boy’s prank to set off a small gas container, but once he has taped nails to the outside, it becomes something other than a prank,” he added.

Oslo District Court ruled that the suspect be remanded in custody for two weeks at an initial hearing Monday.

“He took it [the decision, ed.] calmly, but is quite upset,” said the boy’s defence counsel, Aase Karine Sigmond, to Aftenposten following the hearing.

The suspect will be denied media access and visits during the two-week remand period, reports the newspaper.

After a controlled explosion of the 17-year-old’s device on Saturday, PST took over investigation of the case from the Norwegian police.

“He is quite upset. This is an extremely serious charge. He has been confined in isolation since Saturday,” said Sigmond.

The defence lawyer told Aftenposten that her client had “no plans to injure anyone.”

It had been the teenager’s intention to test the device at a place where it would “not be possible to injure anyone”, she said.

Meanwhile, broadcaster NRK has reported that the suspect has expressed support for terror group Islamic State (Isis) on social media by liking a photo of one of the organisation’s most infamous figures, Mohammed Emwazi, also known as “Jihadi John” due to the British accent with which the executioner speaks in videos released by the group.

Sigmond told Aftenposten that the then-15-year-old was “just a child” at the time of the picture’s publication and subsequent like.