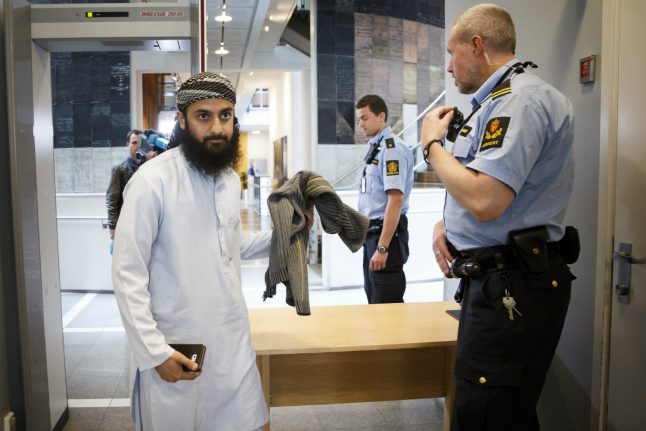 An Oslo court also found Ubaydullah Hussain, a 31-year-old Norwegian citizen, guilty of pledging allegiance to Isis, financially supporting the group, providing its supporters with equipment and attempting to pervert the course of justice.

The trial was Norway's first over recruitment of potential jihadists to fight for Isis, listed as a terror organisation by the United Nations.

In 2015, Hussain prepared Simen Andreassen, a Muslim convert who's now 20, to go to fight in Syria.

He took Andreassen to Gothenburg in neighbouring Sweden from where he flew to Turkey to enter the neighbouring war-torn country.

Swedish police arrested Andreassen at Landvetter Airport in Gothenburg just before he was supposed to leave. He was sentenced on Tuesday to two years and 10 months in prison.

The prosecution had sought 10 years in prison for Hussain and three years for Andreassen.

A former figurehead for Profetens Ummah, a highly controversial Salafist group in Norway, Hussain was also accused of recruiting another converted Norwegian, Thorn Alexander Karlsen, who was killed in Syria in March 2015.

The Islamist threat remains the main concern of the Norwegian intelligence services.

Around 100 people with links to Norway have travelled to Syria, authorities estimate.