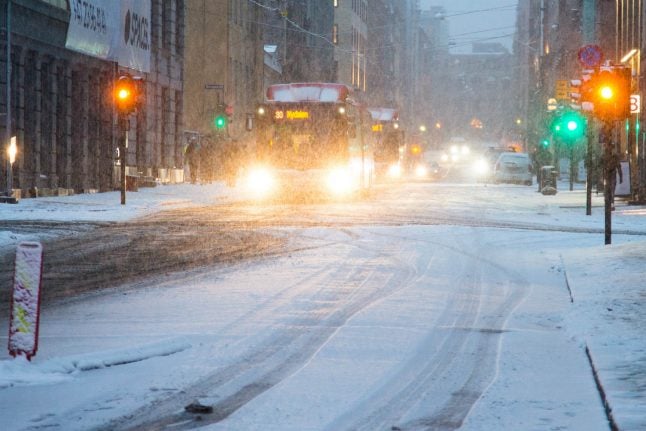 With 20°C (68°F) and sunny weather on Monday, Norwegians could have been forgiven for thinking that not spring, but summer had arrived early.

But anyone hoping to get out their summer dresses and light jackets will be brought back to the harsh reality of the Scandinavian winter Wednesday as 2°C (35°F) degree temperatures and snow return.

Air coming across the central Østafjells region will have a strong cooling effect over the coming days, reports newspaper Dagbladet, transforming the blue skies to heavy, cold, white ones with a high risk of snowfall.

“There is a possibility of light snow tonight and tomorrow morning. This applies in particular to the interior, but there is also a chance of snow in Oslo,” Kristian Gislefoss, duty meteorologist at the Meteorological Institute (Meteorologisk institutt) told Dagbladet.

Norway’s weather during March and April is known to be highly variable.

In both Telemark and Hedmark, new records were set Sunday for the warmest March days on record.

Good conditions across Østafjells are now set to change as a northerly wind will bring cold air masses and precipitation that could end up in the form of snow, reports the newspaper.

The coast is more likely to see rain, however.

Snowfall is, however, likely to be relatively low and warmer temperatures should return by the weekend.

“It will be chilly on Thursday in particular, but the temperature will go up again at the weekend, when it will probably reach about 10°C (50°F), but I doubt we’ll see the number 20 again,” Gislefoss said.