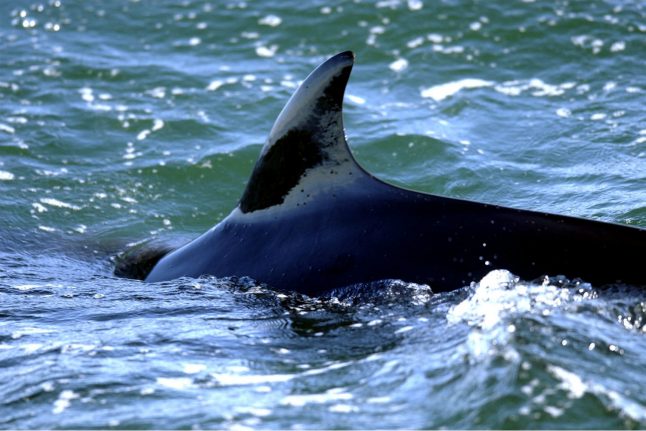 A documentary broadcast on public television network NRK, featuring gory video images of whales being cut open and foetuses removed, claimed that 90 percent of Minke whales killed each year in Norwegian waters were females and that “almost all” of them were pregnant.

“On the one hand because it's in violation of an international ban but also because … it's indefensible from the point of view of the animal's well-being to hunt them during an advanced stage of gestation,” he said.

Norway – which does not consider itself bound by a 1986 international moratorium on whaling, to which it formally objected – and Iceland are the only countries in the world that authorise commercial whaling.

Japan also allows whaling but officially it is for scientific reasons, even though a large share of the whale meat ends up on the market.

Oslo, which argues that it has strong enough whale stocks to sustain the hunt, has authorised the killing of 999 whales this year, up by 199 from the quota allotted in 2016.

“It is horrific to learn that such a high rate of the whales killed in Norway are female and pregnant,” the Swiss animal rights group OceanCare said in a statement.

“The whalers are not only killing the current but also part of the next generation of whales,” it added.

But hunters and experts said they saw no problem.

“Lots of slaughtered animals are sent to the slaughterhouse when they are pregnant,” a veterinarian specialised in whale hunting, Egil Ole Oen, said in NRK's documentary.

“We have a professional approach and therefore we don't think about it,” added Dag Myklebust, the captain and harpoonist on the whaling ship Kato.

The fact that they are pregnant “is a sign of good health,” he said.