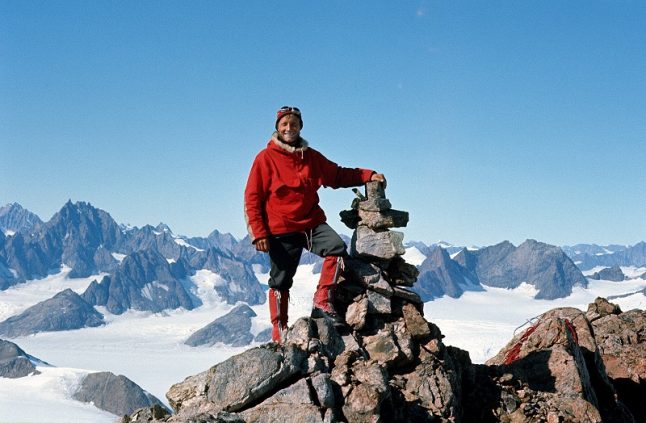 We all have that dream – to travel the world, and make a living in doing so.

But for most people, that’s as far as it goes: just a dream – a distant fantasy that taunts us during the mundane moments of our everyday lives.

And if it wasn’t for his outdoorsy father and upbringing, this could have been true for Danish high school dropout, John Andersen, too.

But for John, that dream was destined to become a reality. It was in his blood.

“My father was passionate about nature. He would always go out into the woods, or go kayaking and scouting and so on,” John explains.

“I was very young when I first went out into the woods with him. He taught me to be safe and relaxed in the darkness of the forest. I learned to listen to the animals, to sleep beneath the trees, and build a fire in the open.”

An adventurer in the making, John continued to travel with – and learn from – his father throughout his childhood; his passion for nature and the great outdoors growing with every trip.

“We went on a long, beautiful hike in Lapland in northern Sweden when I was 16 years old,” John recalls.

“It was so exciting – the huge mountains and winding rivers, reindeer and mosquitoes, and snow on the peaks. It was a new world for me compared to the flat terrain of my Danish homeland. It was beautiful.”

Whilst exploring the far north of Sweden, John and his father visited Sweden’s highest mountain: Kebnekaise, where they met a mountain guide from Austria who took John rock climbing.

The mountain guide told John about a school in Switzerland where he could learn to climb. John was instantly intrigued, and later quit gymnasium in order to attend the Swiss school.

“I came home from gymnasium, and told my dad that I don’t want to go to school anymore,” John explains.

“It was fantastic – for eight months, I learned to climb and ski at this school.”

It soon became clear to John though, that mountain guiding alone would not give him a stable income. As such, on his return to Denmark, John attended the School of Architecture in Copenhagen to train as a carpenter and architect.

But by no means was that the end of John’s dreams of exploration and adventure.

It was just the beginning.

After all, the Nordics have spawned some the world’s most celebrated explorers and adventurers.

Their journeys and stories have inspired generations to not only follow in their footsteps, but also to create legacies of their own – and John Andersen is no exception.

Throughout his travels and adventures, John has found inspiration from a variety of Nordic explorers who came before him.

“Fridtjof Nansen was the first person to cross the icecap of Greenland in 1888,” John explains. “He also helped start the League of Nations, and founded the modern polar expedition.”

“The people I climbed with came from all around the world, but they had all climbed in Greenland. So I went there too.”

But it wasn’t the climbing that John hung around for. With Nansen in mind, he set about embarking on his first real adventure: crossing the Greenland icecap on skis.

“It was a complicated achievement at the time,” he says. “No one had done it, back then at least, on skis. So I decided to do that with three of my friends.”

This adventure sparked something of a love affair between John and Greenland.

A few years later, he returned on an archaeological expedition in search of the first Greenland Inuit, and continued to embark on several kayaking adventures around the Greenlandic coast between 1980 and 2005. After attempting to run his own architectural business, John started lecturing in Islamic Architecture at the School of Architecture in Copenhagen in the 1980s, something he still occasionally does today.

Meanwhile, like a real-life Indiana Jones, John ventures around the world on different Nordic-enthused expeditions and adventures.

“I was inspired by the Danish Arabia Expedition of 1761, for instance” John says.

“Five Danes and a Swede travelled from Denmark to Turkey, Egypt, Saudi Arabia, Yemen, Iran, Iraq, Syria, and Jerusalem through Europe. It was a very big scientific expedition, and only one man, Carsten Niebuhr, came back seven years later.”

“So I followed his whole route – what he saw, I saw. It was fantastic.”

Sixteen years ago, the biggest publishing company in Scandinavia approached John, suggesting that he write a book about his travels.

John’s first book, Mit Grønland (My Greenland), was published in 1998. Since then, he has written several more about his adventures, including his journey across the Northwest Passage in a kayak in 2002, the aforementioned Danish Arabian Expedition in 2012, and his voyage along the Silk Route to China in 2015.

“It is a beautiful story about a Danish commander, Vitus Bering, who travelled for the Russian Tsar, Peter the Great,” he explains.

“Peter the Great wanted to find out whether or not Siberia and North America were connected, so he got hold of Vitus Bering, and told him he is going to be the captain of an expedition.”

“The Danish commander travelled from St Petersburg to the Kamchatka Peninsula where he built a ship and sailed up through Siberia and North America. He arrived back in St Petersburg five years later, but was sent out on the same journey again shortly after, and died on the return voyage.”

“The Russians are very nice people – they are fantastically open and helpful,” John says.

“Having travelled so much, I’ve come to realise that, if you have an open mind, people are all the same.”

To this day, however, out of the many places John has visited around the world, Greenland still tops his impressive list of favourites.

“It’s so beautiful,” he says. “From the mountains and fjords, to the glaciers and drifting ice, Greenland is beautiful. And the Greenland Inuit are so wonderful and kind.” Now aged 73, John’s appetite for adventure shows no sign of wavering, with plans to explore South America by motorbike next year.

John Andersen will continue to travel, write and lecture – sourcing inspiration from some of the great Nordic explorers that have gone before him, all the while leaving footsteps of his own that will one day be followed by those he too has inspired – whenever and wherever that may be.