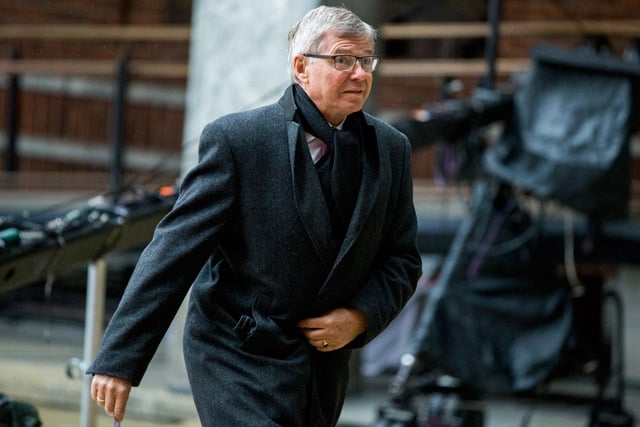 Former Norwegian Prime Minister Kjell Magne Bondevik said the new US policy is "provocative". Photo: Vegard Wivestad Grøtt / NTB scanpix
Bondevik had flown to Washington DC to attend the National Prayer Breakfast but an Iranian visa in his diplomatic passport led to difficulties at the airport.
“It took about an hour. They started asking me why I had been in Iran and why I was coming to the United States. There should be no reason to fear a former prime minister who has been on official visits to the country several times before,” Bondevik told TV2.
US President Donald Trump recently introduced a ban on entry for people from seven Muslim-majority countries, including Iran. Bondevik said his passport with the Iranian stamp has never given him problems upon entering the US before Trump’s executive order.
“It appears that when the name of a certain country shows up, all of the antennas go up. This will create totally unnecessary suspicion. I think it was quite provocative,” Bondevik said.
Bondevik, who was Norway’s PM from 1997 to 2000 and again from 2001 to 2005, said he is concerned about the direction the US is taking under Trump.
“I understand the fear of terror, but one should not treat entire ethnic groups in such a way. I must admit that I fear the future. There has been a lot of progress over the last ten years, but this gives great cause for concern, in line with the authoritarian leaders we see controlling other major countries,” Bondevik said.
The National Prayer Breakfast that Bondevik attended made headlines for Trump’s decision to use the religious event to tout his own appeal as a reality TV star and to needle actor Arnold Schwarzenegger about his poor ratings on ‘Celebrity Apprentice’.
“The ratings went right down the tubes. It has been a disaster. I want to just pray for Arnold, if we can, for those ratings,” Trump said.
In addition to barring citizens from Iran, Iraq, Libya, Somalia, Syria, Sudan and Yemen from entering the United States for 90 days, Trump's controversial executive order also suspended the US refugee resettlement programme for 120 days and put an indefinite stop to the acceptance of Syrian refugees.

PARTNER CONTENT
Your vote matters: get your US election ballot in today
Url copied to clipboard!