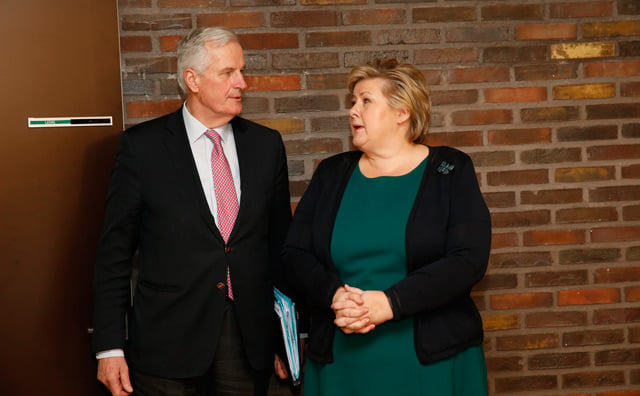 The EU's chief Brexit negotiator Michael Barnier met with Norwegian PM Erna Solberg in Oslo. Photo: Terje Bendiksby / NTB scanpix
Norway is not a member of the EU but it has close ties to the bloc through the framework of the European Economic Area (EEA). The Nordic nation is often looked to as a model for how Britain’s future ties to the EU could look.
British Prime Minister Theresa May is to travel to the United States to sketch the outlines of a future trade relationship between the two countries.
On Friday, May will meet US President Donald Trump and both hope to quickly conclude a trade deal between London and Washington. This will be Trump's first meeting with a foreign leader.
“What could prevent countries from talking?” Michel Barnier said when asked about Britain's ability to open discussions on the subject even before leaving the EU.
But “as long as a country is a member of the Union, it is part of the EU's trade policy,” he told a news conference in Oslo.
While in the Norwegian capital, Barnier said he had “constructive conversations” with Prime Minister Erna Solberg and several members of her cabinet.
“Today I confirmed to the prime minister that it is a priority to protect the EEA agreement. To put it another way: we pay close attention to countries that are closely associated with the EU, like Norway, Iceland and Liechtenstein,” he told the press.
He added that the EU sees its and Norway’s interests as “largely identical” in the bloc’s negotiations with Britain.
Norway’s minister for European affairs, Frank Bakke-Jensen, said he was satisfied with his meeting with Barnier.
“We have a shared understanding that these negotiations are just as important for Norway as they are for the EU. We aren’t sitting at the table, but we are close to it,” he told NTB.
May vowed to activate “before the end of March” Article 50 of the Treaty of Lisbon, which would launch negotiations with the other EU member states on Britain's exit.
Pending completion of this process, which is expected to last two years, Britain remains a full member of the EU, but the extent to which it can engage in trade talks raises questions.
The head of the British government has already laid the groundwork for future negotiations with India, Australia and New Zealand. 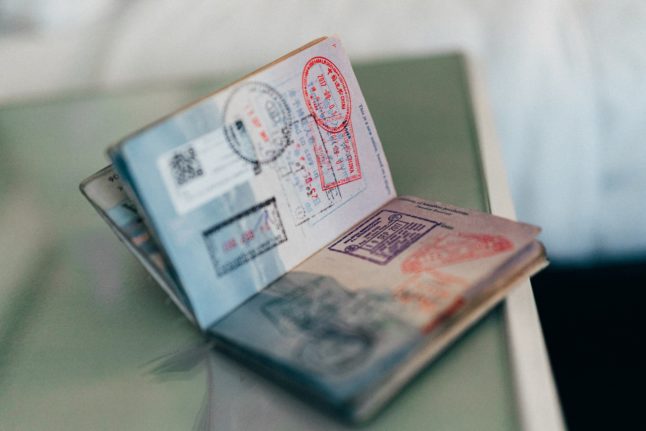 BREXIT
Brexit: Can British residents in Norway stop their passports from being stamped?
Url copied to clipboard!