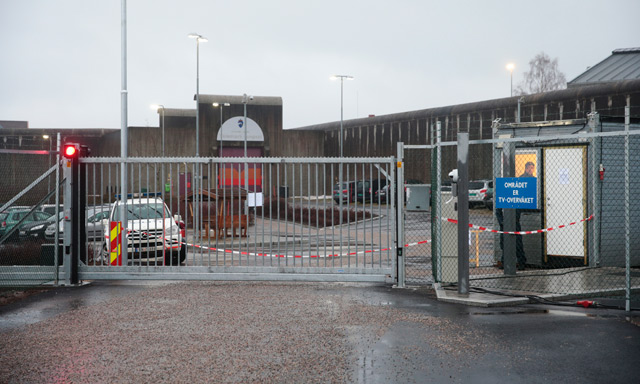 Breivik, who killed 77 people in attacks in Oslo and on the island of Utøya in July 2011, is serving his sentence in Telemark prison at Skien. Just as his conviction and sentencing gained much international attention, so too did the judgment of Oslo District Court in April 2016 that Breivik’s human rights had been violated in detention. Since then, it has emerged that his prison conditions have been relaxed, including that he no longer has to speak to his lawyer through a glass wall.

Very soon after the Oslo judgment was delivered, an appeal was launched by the Norwegian Ministry of Justice and Public Security, which is being heard in the prison at Skien.

The Oslo judgment dealt with arguments put forward by the prisoner’s lawyer based mainly on two sections of the European Convention on Human Rights: Article 3 (prohibition of ill-treatment) and Article 8 (right to respect for private and family life). In spite of what was widely reported at the time – that Breivik complained he did not have the latest version of PlayStation – the real issues in the case were related to the nature of his solitary confinement and repetitive strip-searching.

In its appeal, the Norwegian Ministry of Justice and Public Security will be highlighting a number of prominent ECHR cases to try and persuade the appeal court that Breivik’s human rights have not been violated.

One of these significant cases is that of Ahmad and Others v United Kingdom (2012). This is the incident involving Abu Hamza, Babar Ahmad, and other applicants who were all facing terrorism charges in the US and raised concerns about the conditions they would face if extradited. The ECHR ruled that isolation in prison would not immediately constitute inhuman or degrading treatment or punishment. Instead it said: “The particular conditions, the stringency of the measure, its duration, the objective pursued and its effect on the person concerned had to be taken into account.”

One of the arguments put forward by the applicants in the Ahmad case related to the specific rigorous conditions in the “super-max” US federal facility at ADX Florence. The ECHR noted, among other things, that “although inmates are confined to their cells for the vast majority of the time, a great deal of in-cell stimulation is provided through television and radio channels, frequent newspapers, books” and so on. The ruling allowed the extraditions to go ahead.

Prior to the Ahmad ruling, the case of Ramirez Sanchez v France (2006) had also been decided by the ECHR Grand Chamber. The applicant in that case, better known as “Carlos the Jackal”, endured isolation in detention for a period of eight years – notably longer than that experienced by Breivik who has been in isolation since 2011. During those eight years, Sanchez had no contact with other prisoners but was allowed visits from family and a substantial team of lawyers. The ECHR ruled that this meant his being held in isolation did not violate Article 3.

The Norwegian state will be pressing the point that other than the existence of a glass partition between Breivik and his visitors (which was absent in Sanchez’s case), the isolated conditions encountered by Carlos the Jackal lasted longer and were arguably just as restrictive as in the Norwegian case.

The other major issue the court will consider in the appeal involves strip-searching. As well as a gym facility, Breivik has access to an exercise yard in the prison where he can remain active, but still be kept separate from other prisoners and strictly supervised, including by surveillance cameras. He was strip-searched after visits to the exercise yard and when he was transferred between prison and police custody. On some occasions female prison staff were present when Breivik was strip-searched.

The original Norwegian ruling that Breivik’s human rights had been violated in detention mainly cited the case of Van der Ven v Netherlands (2003) on this point. This case involved weekly strip-search examinations and these were found to violate Article 3 – however the searches of the prisoner, Franciscus Cornelis van der Ven, involved intrusive internal inspection, which is not what happened to Breivik.

One case not mentioned in the Oslo District Court judgment, however, was that of S.J. (no.2) v Luxembourg (2013), which involved the strip search of a prisoner in facilities where third parties could see him. In this case, the ECHR emphasised the absence of any intention by the prison staff to humiliate or debase the prisoner and found no violation of the prisoner’s human rights under Article 3 of the convention. It could make sense for this case to be referred to by the Norwegian government in its appeal.

These are the points that the appeal hearing will be asked to address by Norway’s Ministry of Justice and Public Security, as it seeks to overturn the original ruling. The appeal court will have to determine whether the threshold has been met for degrading treatment, whether the humiliation or debasement of the prisoner has taken place, or been intended, as well as the impact upon the prisoner.