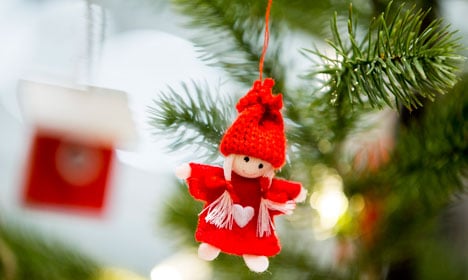 Photo: Vegard Wivestad Grøtt / NTB scanpix
Children at Nylund School were told that they could not perform the song, which was written by Danish hymnist Bernhard Ingemann in 1850 to the tune of ‘Fairest Lord Jesus’. Instead, they were only allowed to hum the melody.
In addition, other Christmas songs were altered to remove all references to Santa Claus and elves and the party itself was renamed from ‘Christmas celebration’ to ‘December gathering’.
Stavanger Aftenblad originally reported the changes, which quickly spread throughout the national press.
The school’s principle, Frøydis Anthonsen, told Stavanger Aftenblad that the changes were made so as not to offend anyone.
“Someone who doesn’t want the Christmas message would perceive it as offensive that the word ‘Christmas’ is included, because they associate the word ‘Christmas’ with something Christian,” she said.
But Anthonsen later said that she misspoke and denied that Christmas had been systematically stripped from the Christmas party.
“In a hurry I answered questions when the reporter called earlier today and without checking the matter further they published the story as if we wanted to change the Christmas songs,” she told Dagbladet.
Anthonsen said Christmas songs had not actually been censored, but that the school’s music teachers were making examples of what would happen if religious accommodation was taken “to the extreme”.
“The music teachers wrote a proposal for how it would look if we went to the extreme [and] took away all the words. ‘Is that how we want it? What does society want? What do the parents want?’ That was the discussion,” she said.
Anthonsen said the amended Christmas songs reached one class’s weekly schedule by mistake, leading to the misunderstanding that the songs had been changed.
She did, however, admit that the school had made changes to its annual Christmas celebration.
“What is true is that we are not going to church this year but will instead gather at school. There, we will of course sing the original Christmas songs. And next year we will be in the church again, and then those who do not want to take part can opt out,” the principle said.