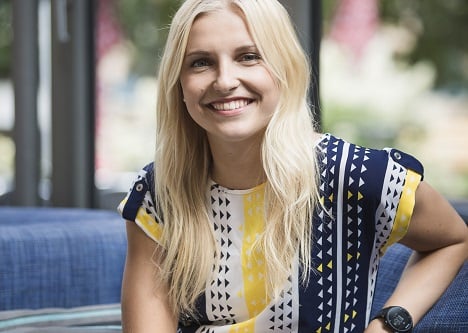 Marianne Vikkula would have never guessed she’d be the CEO of Finland’s biggest tech event.

“I wasn’t particularly into tech or startups. Until age 21 my life focused on gymnastics,” she tells The Local.

But in the span of just a few years, Marianne’s life took her out of the gym and propelled her to the upper ranks of the booming Nordic tech scene. Now she’s head of Slush, an annual event in Helsinki bringing together some 15,000 attendees and 3,500 tech and startup companies.

“I study in the department of Industrial Engineering, and at my university lots of people are involved in this community,” she explains.  “I was drawn into it by peers and now I’ve been with Slush since 2012.”

Marianne’s first role at Slush was as a volunteer in the curiously titled ‘Fire and Emergency Department’.

“Wherever we had a problem at Slush, a problem which didn’t solve itself with the resources we had, our department fixed it,” she explains.

'I fell in love with the culture'

And while it wasn’t tech per se that attracted Marianne to the community, she quickly felt at home.

“I fell in love with the culture of making things happen – not focusing too much on discussing, but rather doing,” she explains. “So I decided to stay.”

The young gymnast says she was drawn to the team-spirit in the Helsinki startup community, and the high level of collaboration that still allowed people to maintain individual dreams.

“In gymnastics, especially as captain of the team like I was before, there was a very special culture,” Marianne explains.

“People are super motivated, not just doing the best they can in the local region, but striving to be the best on a global level as well. But at the same time you have this atmosphere of trust. In gymnastics you throw people in the air and you have to trust your mates to catch you. Here you work fairly independently, but at the same time everyone relies on each other.” Over the past few years Marianne has worked with everything from finances and fundraising to organizing partnerships at Slush.

“I handled finances in 2013 and 2014, and it was an interesting ride as the event doubled in size each of those years,” she remarks. “The budget grew massively and it was a steep learning curve for me, especially not having a strong background in finance.”

'Gender was never an issue'

And this past spring, Marianne was asked to be CEO of the massive student-driven, non-profit conference.

“Of course I was a bit nervous to take on this position. I know I don’t yet know everything that I need to learn,” Marianne admits. “But I’m also excited. And it’s already been an extraordinary six months and I’ve learned a ton.”

While tech may be a traditionally male-dominated field, Marianne says her gender hasn’t been an issue.

“I have yet to encounter a situation where I have felt my gender is a bad thing,” she muses. “Growing up, gender equality was never an issue; it was a fact. And in tech my gender has always been neutral or even a bit positive, due to the ability to stand out from the crowd.”

But she stresses that while she works with tech, she herself is not a founder on the hunt for investments – and she realizes her experience could be much different.

“Only something like four or five percent of tech startup founders are female, and if you look at tech events in general, only a third or fourth of the participants are female,” she says. “The core question is how to get more women to study technology and management, I think.” A startup without diversity, Marianne adds, is destined to struggle, and gender equality should be addressed from day one at any company.

“It’s very hard to create products for society when only half of society is represented,” she remarks.

“If your founding team is just three white males, you better get in some diversity fast. Otherwise these startups will never represent society.”

The tech world views itself as social and welcoming, but to outsiders and those on the fringes, it can be cold, she cautions.

“I think for people not involved in the tech scene, it seems like a world of its own, with a different language. I think we need to keep our feet on the ground and make sure our community is accessible, and draws people in.”

Keeping Slush open and accessible is one of Marianne’s goals as leader of the event. As she finishes her studies at Aalto University she is also preparing for the 8th annual Slush event from November 30th to December 1st, 2016 – and she expects it to be bigger than ever.

More than 2,000 startups and 700 journalists from over 100 countries will gather in the – yes, slushy – weather of Helsinki in November to talk all about tech.

And this year there's something new in store: Slush has partnered with airline Finnair to offer two exclusive, direct flights from San Francisco to Helsinki and back. Around 300 investors, startup founders, and other speakers from Silicon Valley will visit Finland for the first time and experience the Nordic startup scene at Slush.

But the move is just one aspect of Slush’s increasing internationalisation. The community now has events in Tokyo, Shanghai and Singapore.

“Slush is a non-profit movement that is all about helping the local startup ecosystems. We don’t want to export Slush as a big international brand. But we do see it as something that can help communities around the world, if the initiative comes from the local people,” Marianne explains.

Tokyo is a perfect example.

“Two years ago some locals from Tokyo approached us and said, ‘Hey, it sucks to be an entrepreneur in Japan. It’s not supported at all and we want to do something about it. We want Slush here.’ And now there are Slush events in Tokyo with 4,000 attendees and 400 Japanese students volunteering.”

So why is that countries around the world turn to the Nordics, small as they are, for such advice?

“There certainly are special traits and talent pools in the region,” Marianne muses. “We have a lot of talent. Stockholm has great tech on the consumer side; Helsinki has great gaming; Reykjavik is doing amazing VR.”

But it’s also about the culture.

“The Nordic cultures really support humility, and I think that being humble is very important when building a high-growth company,” Marianne says.

“Just look at the flat company structure, the way we involve everyone in decision-making. In this world you fail so many times along the way, and you can’t punish yourself. You have to learn from failing. The general mindset of the Nordic people, being so humble, is a great starting point for building something global.”

This article was produced by The Local and sponsored by the Nordic Council of Ministers. 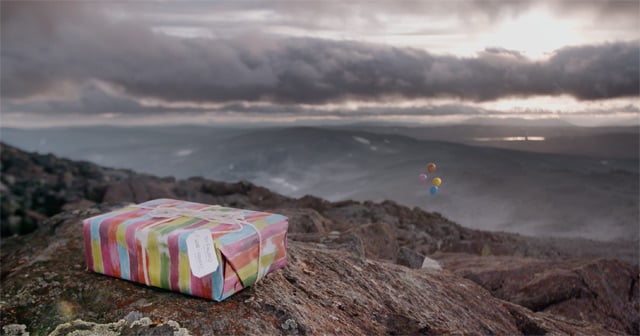 The film’s director, David Freid, told The Local that her Los Angeles-based crew found the idea of Norway gifting a mountain peak to Finland fascinating.
“On the surface, this is a cute film about a very unique kind of gift between nations. But at its heart is something real and relevant,” Freid said. “While we witness the rising tumult along international borders — from Ukraine and Russia, to the South China Sea, to Trump's proposed border wall with Mexico — the idea behind 'Birthday Mountain' is a rare international gesture worth admiring.”
As the film shows, the Norwegian government has ruled out the idea of transferring Mount Halti to Finland, with PM Erna Solberg saying that “border adjustments between countries raises complex legal issues.”
In this case the problems were insurmountable. The lofty gift-giving idea ran up against Article 1 of the Norwegian constitution which stipulates that the kingdom of Norway is “indivisible and inalienable”.
SHOW COMMENTS
Url copied to clipboard!