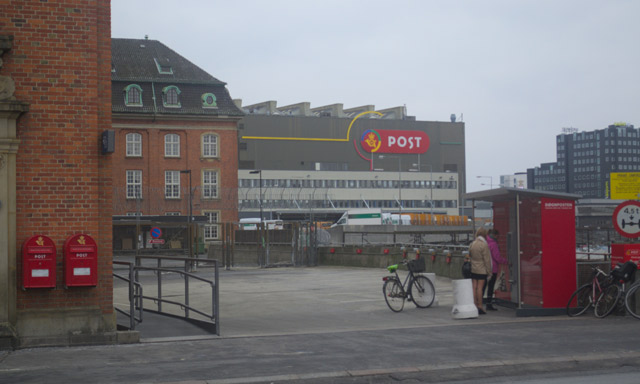 The former Post Danmark building is located next to Copenhagen Central Station. Photo: Angel Perez/Flickr
According to Danish broadcaster TV2 Business, Nordic Choice Hotels has purchased the former Post Danmark building in the heart of the Danish capital, with plans to convert it into a luxury hotel.
The former mail distribution centre is located across from Copenhagen Central Station and the iconic Tivoli amusement park.
Nordic Choice Hotels is one of Scandinavia’s largest chains, with some 170 hotels. Most of those are located in Norway and Sweden, with only five hotels currently in Denmark.
According to TV2 Business, the purchase of the iconic former Post Danmark building would result in Nordic Choice Hotels becoming the sixth largest hotel chain in Denmark.
The chain is owned by flamboyant businessman Stordalen, who is no stranger to headlines in both Norway and Sweden. Earlier this year, the tycoon suggested that Denmark, Norway and Sweden should unite into one large country.
See also: Make Scandinavia one nation, says Norwegian tycoon
“About 10 million people live in Sweden. In Norway and Denmark, five million each. Twenty million would have been even better when it comes to selling cars, airplanes, or innovation,” he told Swedish daily Göteborgs Posten. “Think about what a fantastic country we would have been together.” Petter Stordalen, shown in Oslo last year. Photo: Torstein Bøe/NTB Scanpix
Late last year, Stordalen courted controversy by banning Scandinavian staples sausages and bacon from the menu at his hotel chain, before making a complete U-turn following complaints a week later. At the height of the last autumn’s refugee influx in Scandinavia, the billionaire offered 5,000 nights in his hotel chain to refugees who do not have a spot in asylum centres.
Last summer, he hit the headlines after falling off a jet ski as he arrived to open a new luxury hotel in Malmö, Sweden.
Stordalen’s purchase of the Post Danmark building will be an essential part of a billion-kroner urban renewal plan in central Copenhagen. After moving its distribution centre to the western suburb of Høje Taastrup, Post Nord, the state-owned company that operates the Danish and Swedish postal services, sold the building to Danish pension fund Danica and US-based investment firm Blackrock for 925 million Danish kroner (1.12 billion Norwegian kroner, $135m, €124m).
A formal announcement on Stordalen's plans was expected to come later on Monday.