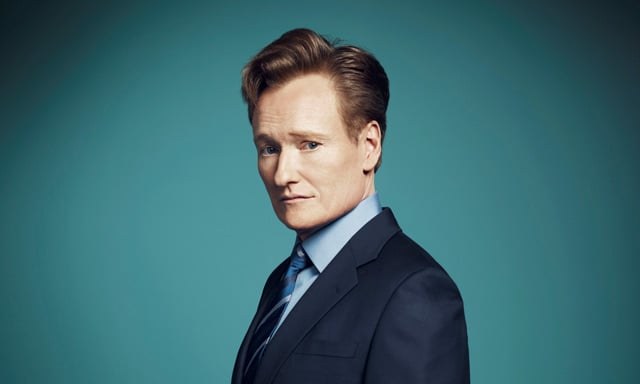 O'Brien said it was "an honour" to be selected to host the show. Photo: oe Pugliese / Siren Studios Orange / NTB scanpix
The 53-year-old talk show host will lead the 23rd edition of the Nobel Peace Prize Concert in Telenor Arena on Wednesday December 11th.
“It is an honor to lead such a prestigious event,” O'Brien said.
O'Brien hosts the talkshow ‘Conan’ on the American television station TBS. The show is in its eighth season on the channel.
Previously, he has written and produced episodes for numerous television programs, including ‘Saturday Night Live’ and ‘The Simpsons’. He has won three Emmy Awards.
“We are extremely pleased to have O'Brien as host of the Nobel Peace Prize Concert. It's going to be a wonderful tribute to this year's Nobel Peace Prize winner and a concert that will promote the message of peace throughout the world,” said Olav Njølstad, director of the Nobel Institute.
It has previously been announced that American signer-songwrite Halsey and Norwegian indie pop Highasakite will perform as part of the Nobel concert.
This year's prize went to Colombia's President Juan Manuel Santos for his untiring efforts to bring the more than 50-year civil war in his country to an end.