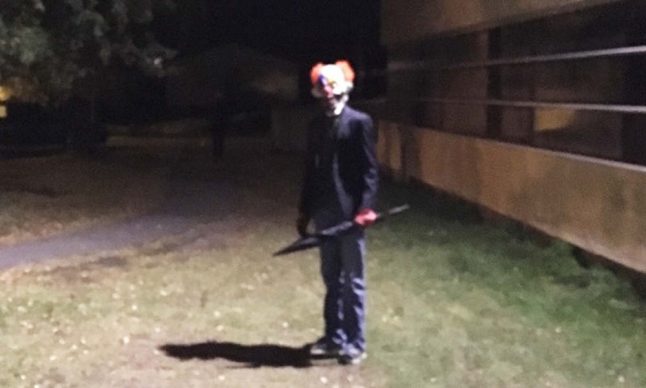 One of the Bodø clowns. Photo: Politiet/NTB Scanpix

A motorist in Nes, south-eastern Norway, called the police at around 8.30pm after a person in a clown suit came running at their car waving a hockey stick.

“The person who called us was sitting behind the wheel with two children in the car when [what appeared to be] a man in a clown mask popped up in a ditch,” police officer Patrick Solberg told local newspaper Romerikes Blad.

When police arrived at the scene they found that the culprit was in fact a 14-year-old boy.

“He and four friends had done this together. The other four stood watching while they filmed the stunt,” Solberg told TV2.

Police said they would contacts the boys’ parents before deciding whether to take the matter further.

An hour later police in the Arctic Circle said they were on the lookout for two people in clown masks in Bodø.

“Some youngsters were on their way home from a confirmation class in the Rønvik area when two people showed up wearing clown masks and blazers and carrying sticks or bats. They gave the youngsters a real scare,” police officer Espen Fagervall told the Avisa Nordland newspaper.

Police announced at 10.15pm that two boys had turned themselves in.

“They have understood that it wasn’t funny. And they had an umbrella and a toy sword,” police tweeted.

Youths dressed as clowns also struck fear into some girls at a petrol station in Eidsvåg, western Norway.

The ‘killer clown’ trend has spread worldwide in recent weeks after a spate of incidents in North America, mirroring a spike seen in France and Spain two years ago.

In France vigilantes with baseball bats and knuckle dusters tried to hunt down a clown in the eastern town of Mulhouse.

With clown sightings multiplying this month in the UK, British police this week asked people not to go outside dressed as clowns. 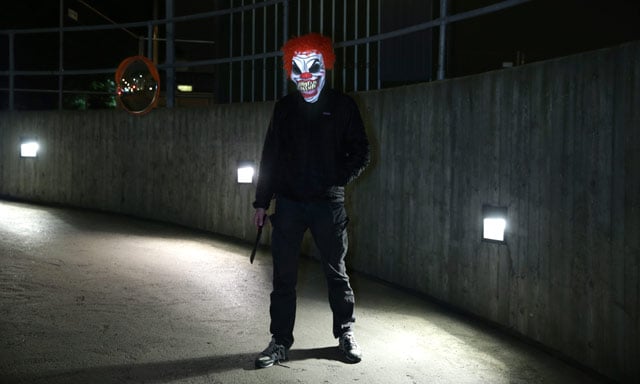